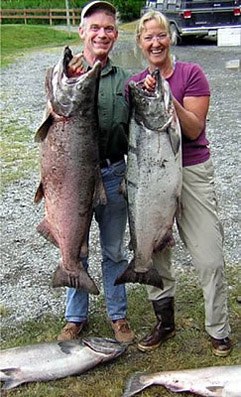 Kenai king salmon do not travel far to reach spawning grounds compared with many other stocks of king salmon and the number of miles they travel per day is sporadic. They also have relatively short life spans once they enter the river, living only a little over one month after they have left the ocean.