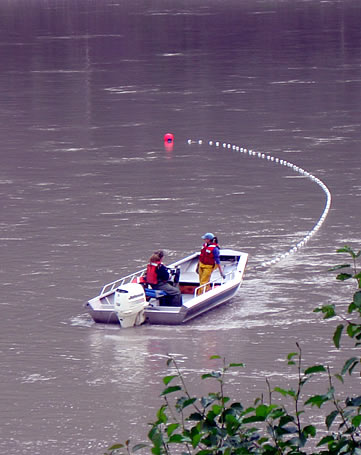 Sonar cannot be used to distinguish fish by species. To determine the best time to begin classifying the sonar counts as chum salmon the sonar project relies on a test gillnet fishery. Site technicians drift gillnets several times per day and document the number of chum and king salmon they catch. The date at which they begin to catch more chum salmon than king salmon is the point at which the site begins its chum salmon estimates.

In addition to providing an indication of when the run has shifted from king to chum salmon, gillnet catches provide technicians with an opportunity to collect salmon profile data. For each salmon captured, technicians measure length, identify gender and take a scale and tissue sample. Scales are processed to determine age and tissue samples used to determine genetic stock composition. Each year site technicians collect this data from a sample of about 480 kings and 640 chum salmon.

Captured fish are handled carefully to minimize mortalities. Most are returned to the river and any mortalities that occur are distributed to local residents. 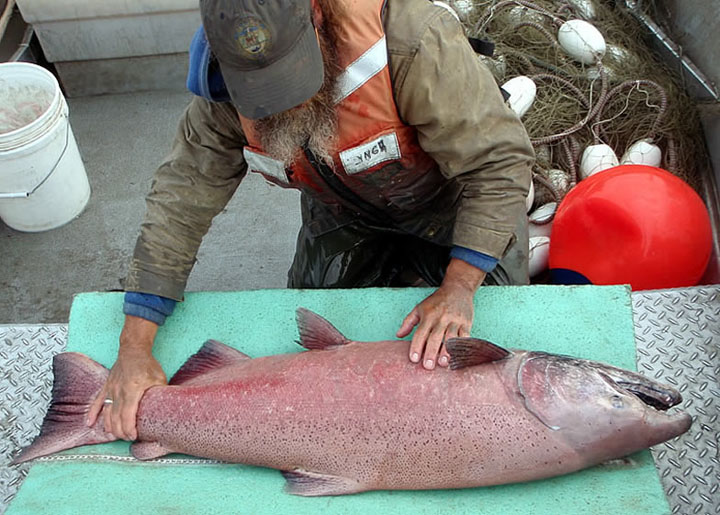