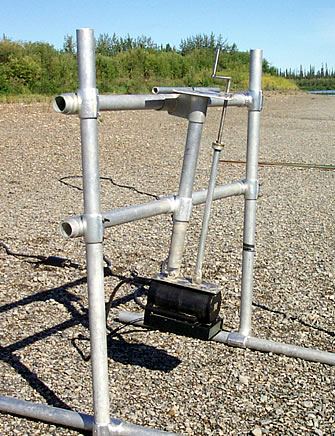 The Alaska Department of Fish and Game has used the Sheenjek River sonar project to provide daily chum salmon estimates since 1980. ADF&G began sonar operations on the Sheenjek River using Bendix sonar, but has been using DIDSON since 2005.

Sonar site operations begin August 8 and end September 24, and both sonar systems operate 24 hours per day, seven days a week. Other species of salmon do not migrate past the Sheenjek sonar site during the field season and all sonar-detected fish are counted as chum salmon.