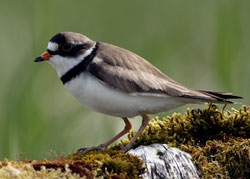 Whether you are looking for a woodland stroll, a rocky scramble, or a river float, the Yakutat area boasts a healthy network of trails. Listed below are six trails that should offer prime wildlife viewing opportunities. You will find specific information about these and other area trails, such as directions to the trailheads, trail distance, and elevation gain, at the Southeast Alaska Trail System.