What We Are Doing:
Outreach
Education
Rescues

Concerned state and federal biologists at the Alaska Department of Fish & Game and the National Marine Fisheries Service co-founded the Pinniped Entanglement Group, or PEG for short. This group quickly grew to over 50 members include additional biologists, researchers, animal husbandry experts, and educators from throughout the United States and 5 other countries.

The Pinniped Entanglement Group uses a variety of methods to help raise awareness in Alaska and beyond that loops of plastics are harmful to marine mammals. 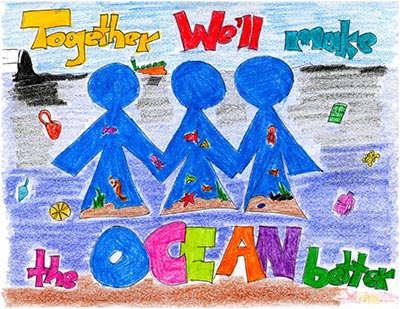 We have produced a public service announcement about marine debris which has aired repeatedly on Alaskan television stations, and a more detailed video which has been distributed on the internet (see links below). The PSA was also featured in the September 2013 edition of Alaska Fish & Wildlife News. 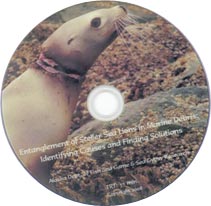 Veterinarians from Canada and the US have developed a concentrated drug cocktail that can be administered to sea lions via dart projector, aka "dart gun", for both land and water based captures. Sedated sea lions can then be approached, disentangled, given reversal drugs, and released without further harm. Our researchers have teamed up with these veterinarians from 2013-2016 to capture and disentangle several male Steller sea lions annually in Southeast Alaska. The first solo attempt by the ADF&G Veterinarian was featured in the July 2013 newsletter and additional attempts by our team and collaborators were featured in the August 2015 newsletter. The "Lose the Loop!" campaign also received attention in the June 2015 newsletter. 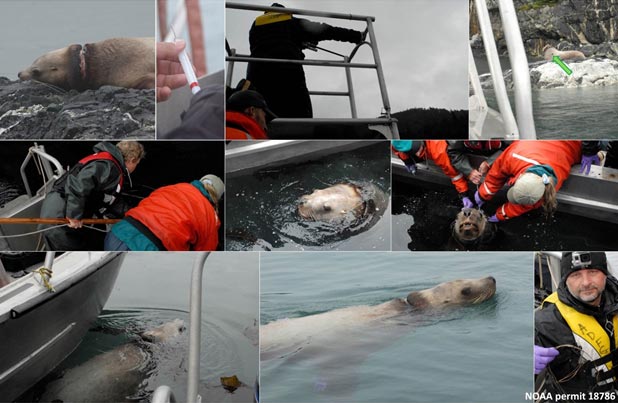 A team of veterinarians advanced the use of a three drug mixture for sedating free-ranging Steller sea lions. What is especially exciting about this drug combination is that drugged animals that enter the water will stay near the surface and breathe even after they become sedated. This means we can remove entanglements while sea lions are in the water, as illustrated in the images above. 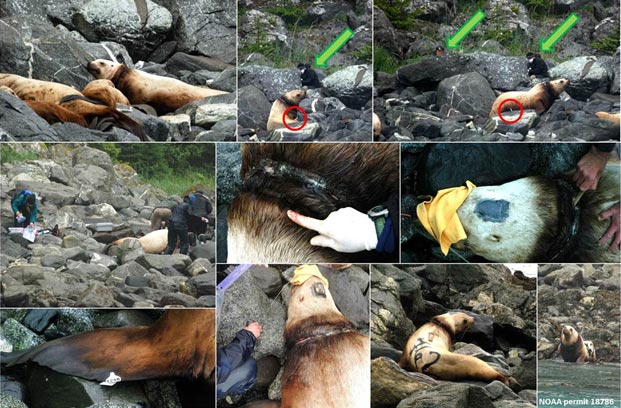 In these images, rescuers (green arrows) moved within 4 meters of an entangled male Steller sea lion and administered sedation drugs via dart (red circle). He stayed on shore, which is preferable because it allows us to do more than just remove the packing band and administer reversal drugs. We collected morphometric measurements, took hair and whisker samples to asses contaminant levels, affixed a satellite tag for short term tracking purposes, and applied hair dye and flipper tags to aid in identification.

Visitors to several popular Alaskan boat harbors will notice our prominent educational displays reminding everyone about the dangers marine debris pose to pinnipeds and how they can be part of the solution when they "Lose the Loop!"

Mariners are reminded when they see our full page ad found in more than 400,000 annual Alaskan tide books. 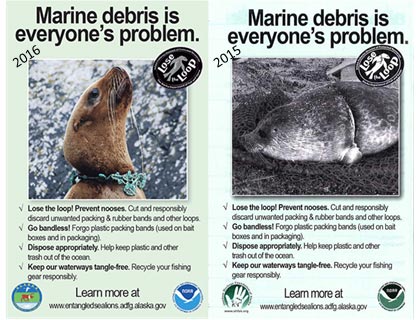 The City and Borough of Anchorage included our "Lose the Loop!" message in several editions of the biannual "Anchorage to Zero Waste" guides which were distributed to over 123,000 households each. 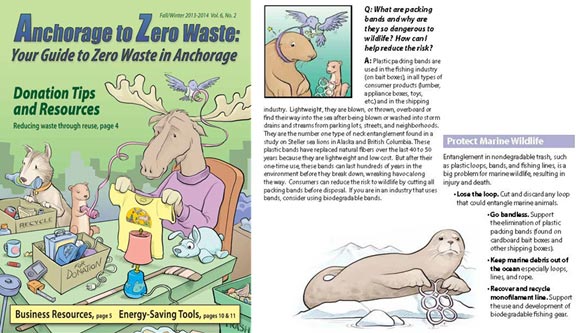 We have distributed bumper stickers to Alaskan communities to help raise public awareness of the harm that marine debris causes.

ADF&G researchers document entanglements during the course of our Steller sea lion survey work, and have created an entanglement photo database to catalogue these observations. These data are used in National Marine Fisheries Service technical reports such as "Human-caused injury and mortality of NMFS-managed Alaska marine mammal stocks, 2010–2014."