You are here: ADF&G Home » Habitat » Restoration and Enhancement
Sign in
myADF&G

Review of conditions in Game Management Unit (GMU) 15C reveal that while moose are plentiful and recent harvests have been good, much of the forage in Unit 15C is mature and its nutritional value is declining. Lack of high-quality forage causes nutritional stress on moose and can lead to low calf production and poor winter survival, causing population declines.

In 2020, ADF&G partnered with the Homer Soil & Water Conservation District to stimulate moose forage species on selected lands. Homer Soil and Water hired a forester to administer the program and evaluate potential sites for habitat enhancement; three units totaling 117 acres were prepared for treatment in the winter 2020-21 within the Anchor River – Fritz Creek Critical Habitat Area managed by ADF&G. These state lands are set aside to primarily protect and enhance moose habitat. As shown on the map below, the areas are located in GMU 15C along the south end of North Fork Road, near Beaver Creek north of Ohlson Mountain Road, and near Fritz Creek north of East End Road. Treatment consists primarily of carefully mowing mature willows to stimulate regeneration from the base of plants. Hardwood trees, such as cottonwoods, will also be top-killed or felled to encourage stump sprouting. Small-scale equipment will be used on these sites to minimize the impact to the ground. 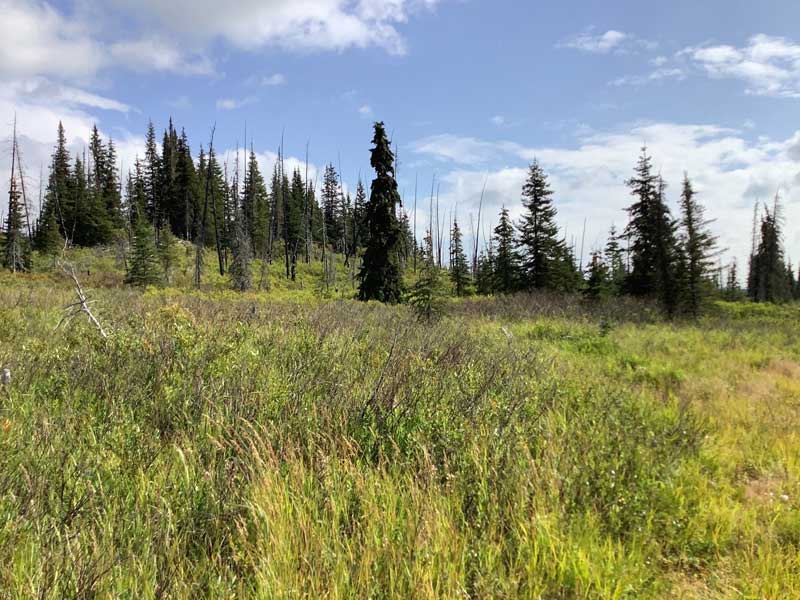 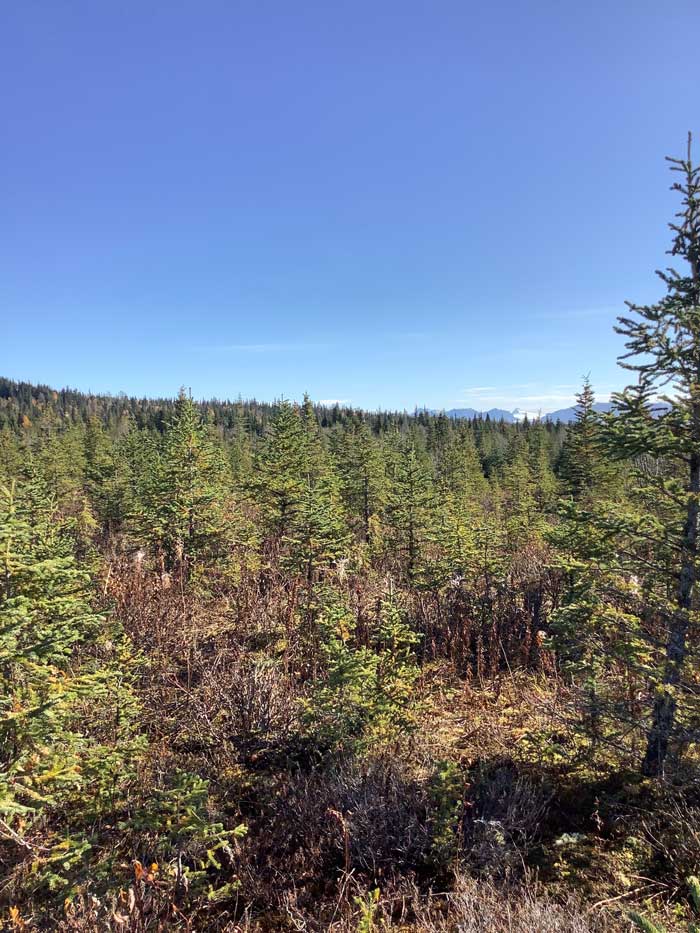 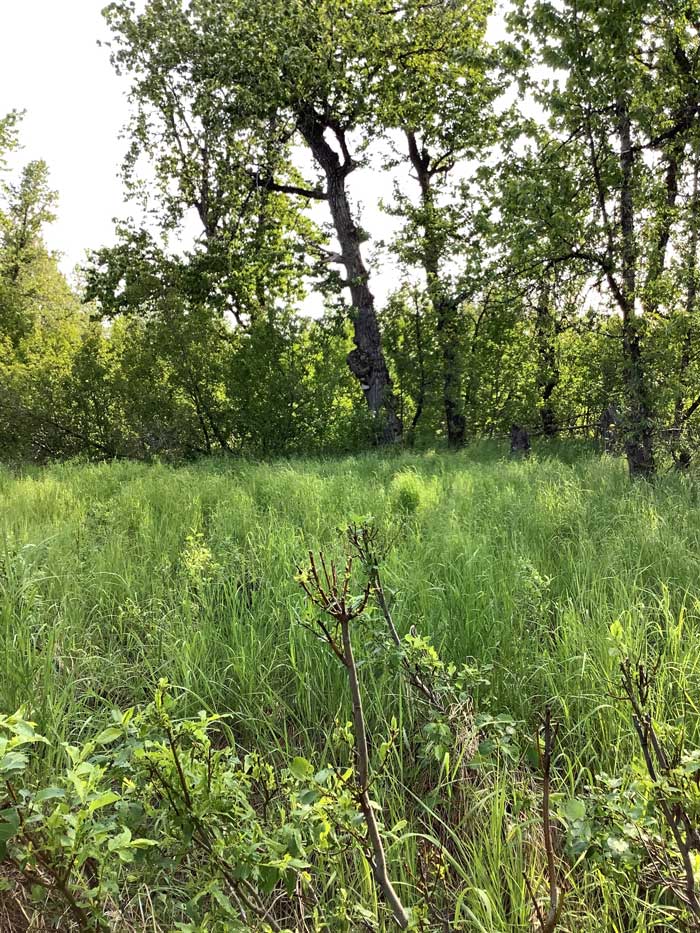 Additional acreage is under consideration for browse improvements in GMU 15A with private landowners. ADF&G hopes that more habitat enhancement can be done on larger acreages in the future. Many private, borough, federal, and state lands continue to be treated each year; since the last spruce beetle epidemic, agencies have worked to mitigate hazardous fuels for wildfire and support forest health. The next forest is well on its way, but we must continue to be stewards of this dynamic landscape to benefit both humans and wildlife in coordinated ways. 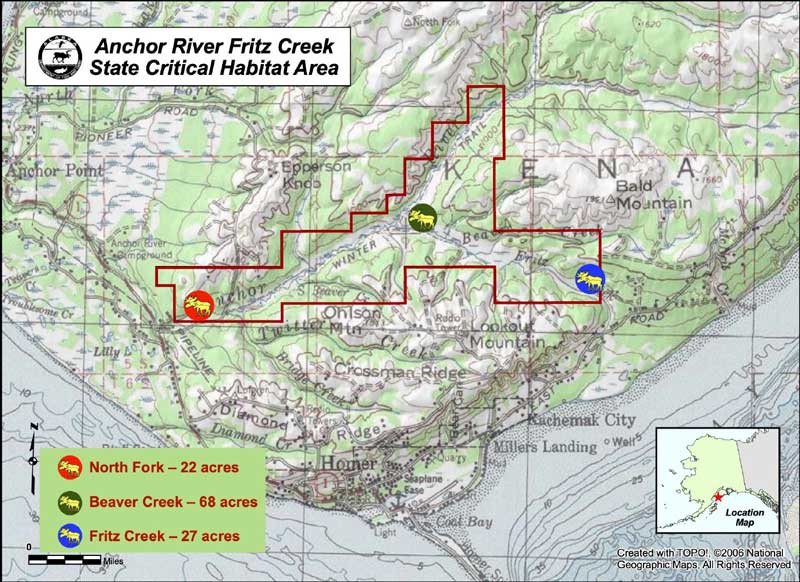 Since 2014, ADF&G has partnered with other agencies to enhance wildlife habitat on the Kenai Peninsula. This work is part of a project funded by the Wildlife and Sport Fish Restoration Program (WSFR) funded by the Pittman-Robertson Act which delivers funds to state wildlife agencies from an excise tax on guns and ammunition. Agency partnership are based on the Kenai Peninsula All Lands All Hands Interagency group. Their 2018 Action Plan describes the basis for cooperation in fire, forest, and wildlife habitat management across the lands and communities of the Peninsula and serves as the foundation for Community Wildfire Protection Plans administered through the Kenai Peninsula Borough.

On the Kenai Peninsula, in addition to supporting habitat manipulation, fuel reduction, and fuel break development, this ADF&G grant also supports research and monitoring. The Division of Wildlife Conservation has collared moose in GMUs 15A and 15B to study their response to the 2014 Funny River and 2019 Swan Lake wildfires. These studies provide information on moose movements across the landscape after fire, as well as data on parturition (calves born/cow) and twinning rates. ADF&G also coordinated with other agencies to build fuel breaks such as the one expanding around Sterling. These help fire suppression agencies protect communities from wildland fires while also providing opportunities for fire to serve its ecological role. ADF&G has also partnered with landowners willing to implement mechanical vegetation treatments on their property to enhance forage opportunities for moose.

The Sterling fuel break is an interagency project designed to prevent wildfire spread from the Kenai National Wildlife Refuge (KNWR) into the adjacent communities along the western portion of the Kenai Peninsula, specifically Sterling, Soldotna, Ridgway, Salamatof, and Nikiski. A benefit of the fuel break is that wildfire could be managed on the KNWR to promote early successional forest plants that provide forage for moose, an important subsistence food resource, while also protecting life and property.

To date, approximately 8 miles of fuel break have been constructed since work began in the fall of 2016; work continues by the partnering agencies today. The project demonstrates the power of collaboration and long-term strategic fuels planning. Funding is being provided by several entities: ADF&G’s WSFR grant; Chugachmiut, an Alaska Native Corporation serving the seven Native tribes in the Chugach Region, in the form of a grant from the Bureau of Indian Affairs (BIA) to reduce fire threats by clearing beetle-killed trees (fuel) and creating firebreaks; and the KNWR for non-federal, neighboring lands. The Alaska Division of Forestry administered contracts to complete the work on lands owned by the Kenai Peninsula Borough and Cook Inlet Regional, Inc.

This work immediately paid off during the 2017 East Fork wildfire which burned 1,016 acres after a lightning strike. The Sterling fuel break was used as a contingency line during the fire and the residents in the community were not required to evacuate. Ultimately, the fire did not reach the fuel break but this contingency line served its purpose in giving fire managers more time to adjust suppression activities with respect to fire behavior, weather, and protection of the community. While the lightning strike occurred in a Limited fire management area, designated in the Alaska Interagency Wildland Fire Management Plan as a place where fire is allowed to burn to serve its ecological role, fire managers had to watch carefully because the wildfire was just over 3 miles from the boundary with the Critical fire management area and the community of Sterling. In a conservative move, suppression efforts were engaged to limit fire spread toward the community. Experience and good judgement are the key attributes of seasoned fire managers that guide successful management of risk and benefit.

While work on the Sterling Fuel Break continued, the Kenai National Wildlife Refuge and ADF&G began planning a prescribed burn in 2018. Encompassing 9,600 acres within the refuge to mitigate wildland fire hazard and directly enhance moose habitat, this project was situated northeast of Sterling and used the 2017 fire scar as an anchor. In pre-fire planning, the fire control lines put in during suppression of the 2017 East Fork Fire were expanded as ‘black lines’ for the new prescribed fire. Additionally, a Forest Stewardship Plan funded by the State of Alaska and a separate forest management plan funded by the Natural Resources Conservation Service (NRCS) were prepared by Chugachmiut for the Kenai Natives Association (KNA). Serving as a consultant to KNA, Chugachmiut foresters identified fuel break treatment units on the KNA parcels in this area. KNA then entered into an NRCS Environmental Quality Incentives Program (EQIP) contract to fund portions of the treatment in support of the Sterling Fuel Break.

During this phase, a new partnership was started where Chugachmiut utilized its BIA funds as match to an ADF&G grant specific to habitat enhancement and moose movement on the Kenai Peninsula. Again, federal aid was directed to this project through Pittman-Robertson Act funds. Part of this new grant supported planning and implementation of the East Fork prescribed fire; other activities in this grant include tracking moose movement in the wake of the 2014 Funny River Fire and habitat quality studies.

One year before implementation was scheduled for the new East Fork prescribed fire, the Swan Lake wildfire ignited on June 5, 2019 just inside the designated burn area near the old East Fork Fire burn scar. Initial suppression efforts engaged the ‘black lines’ installed for the planned prescribed fire, but hot dry weather caused the fire to grow rapidly as it spread to the east. The Sterling fuel break was staffed with fire fighters and plumbed fire hoses as a contingency line. The fire burned until October 2019, scaring over 167,000 acres.

The 2019 Swan Lake Fire Story Map provides a comprehensive review of the fire and surrounding issues for the community and the land.

Much of this acreage is expected to yield forage for moose along with early successional habitat for many species of wildlife thereby meeting the grant objectives of both the RTLR grant under Chugachmiut and the Pittman-Robertson grant under ADF&G. While this mature forest was likely ‘due’ for a fire - based on ecological studies across the Kenai Peninsula, the damage to the community was severe in terms of economics, poor air quality, and intermittent closure of the Sterling highway among other detriments. Thankfully, no structures were threatened by fire, and Sterling residents were not placed under evacuation orders. The Sterling Fuel Break provided a contingency resource to fire managers and peace of mind to area residents, again proving itself as a worthy investment.

While wildland fire is part of the ecosystem, comparable benefits can be accomplished on the Kenai Peninsula using prescribed fire in concert with community engagement and outreach to define fire timing, address local concerns, and plan ways to minimize smoke impacts. Acreages associated with planned prescribed fires are tailored to surrounding communities and landscapes. By combining fuel breaks with planned prescribed burns, the risk and hazard of wildfires can be eased near communities on the Kenai Peninsula at the same time that wildlife habitat for moose and other species can be enhanced.

As a result of the lightning-caused Swan Lake fire, funds designated for the East Fork prescribed burn became available for other purposes. This is where ADF&G redirected its efforts to focus on mechanical treatments through support from the Homer Soil & Water Conservation District. There is a rich history of agency partnerships and this is just one snapshot in time.