Lake Aleknagik is located in the southwestern part of Alaska approximately 24 miles north of Dillingham. It is the southern most in a string of lakes that form the Wood River Lakes system. With road access to Dillingham, the village of Aleknagik on the lake's southern shore is considered the gateway to the Wood-Tikchik State Park. This is the largest state park in the United States and one of Alaska's premier sport fishing areas. 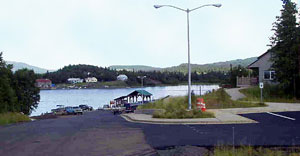 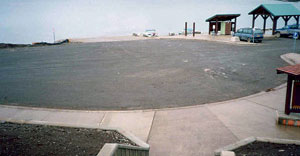 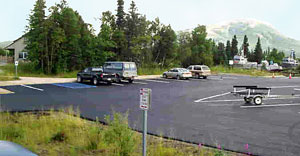 The objective of this project was to improve boating access to the Wood River Lakes system by renovating the existing boat launch area and constructing a parking area. Improvements included a new concrete-plank boat ramp, vault toilet, kiosk, sidewalks, and related facilities. The site improvements were completed using funds from both the Federal Aid in Sport Fish Restoration program and Alaska Department of Transportation and Public Facilities transportation enhancement funds (ISTEA). Sport Fish funds were used to pay for the boat launch ramp and a portion of the cost of amenities near the ramp such as the vaulted toilet and fee payment station (iron ranger). ISTEA funds were used to pay for the rest of the work including the bulk of the earthwork and amenities such as sidewalks, curb and gutter and fencing.

In 2004, ADOT&PF paved the parking area and roadways within the access site as part of a project that included paving the Dillingham-Aleknagik Road. The entire site is accessible by Americans with Disabilities Act (ADA) standards.