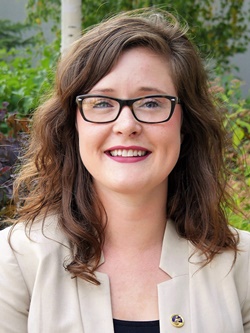 Rachel Hanke is a life-long Alaskan born in Anchorage and raised on the banks of the Kenai River.

Her experience in public service began in 2011 when she worked as a seasonal Wildland Fire and Resource technician in Tok. Since then she served as the Assistant to the Director of Parks and Recreation for the City of Kenai and worked in the Alaska State Legislature from January 2014 until she came to the Department of Fish and Game in January of 2019.

She said “Hunting, fishing, and trapping have been an integral part of my life for as long as I’ve been alive so I feel at home at ADF&G.”