Alaska Department of Fish and Game biologist and bear researcher Dick Shideler is working on a cooperative project with the USFWS to learn about denning polar and grizzly bears in the Arctic. In this 90 second video, made in early February 2012, Shideler shares some details of his work 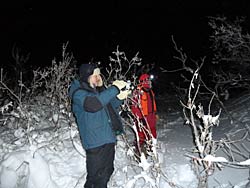 Using the Forward-Looking Infrared (FLIR) sensor, that under suitable conditions can detect denning polar bears by the infrared radiation (heat) they give off in the den. 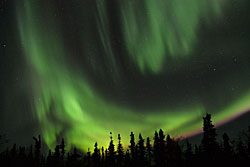 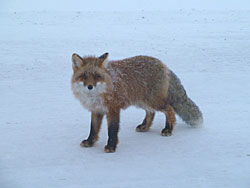 A red fox in the Arctic. The range of the red fox overlaps with the Arctic fox. 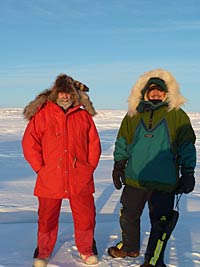 Alaska Department of Fish and Game bear researcher Dick Shideler and US Fish and Wildlife Service biologist Craig Perham in the field in early February. 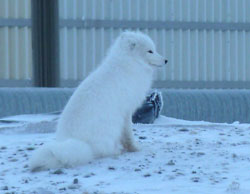 Arctic foxes are known to follow polar bears and scavenge the remains of seals they kill. They may travel great distances on the seas ice in winter.