Generally, when pike are introduced to a shallow vegetated lake or a slow-moving weedy river in Southcentral Alaska, they eventually consume all of the juvenile salmon and trout. When the salmon and trout are gone, they start cannibalizing each other and eating invertebrates or other animals like ducklings, frogs, and rodents. In time, the large pike are harvested by anglers or die, and the remaining pike population often consists of "hammer-handles" — small pike that won't grow because there is no longer sufficient food to support substantial growth. Once the population is under "stress," their biological response is to mature at this smaller size and increase their reproduction. The end result is a lake full of stunted, little pike. This pattern has been repeated in Southcentral lakes. Typically it is these small pike that have the greatest impacts on rearing salmonids. This is because large pike tend to eat larger fish. Small pike tend to feed on salmon fry and smolt, and they feed more often than larger pike. 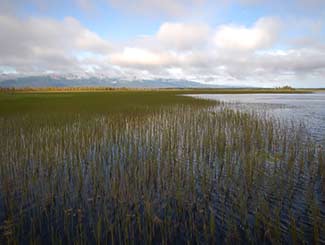 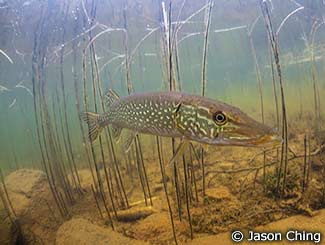 If you catch a pike where you have never seen one before, keep the fish and report it to 1-877-INVASIV.