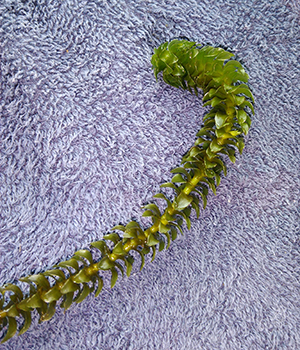 In September 2010, Fairbanks became ground zero for Alaska’s first invasive, submerged aquatic plant response. US Forest Service biologists detected Elodea spp. when they launched a canoe into Chena Slough to ground truth a new aquatic plant guide. With the glossy “Introduction to Common Native & Potential Invasive Freshwater Plants in Alaska” (Fig. 2) in hand, they set out to identify the plants they encountered in the slough. They had not paddled far before they found themselves surrounded by a thick monoculture of a plant with long, fine stems, and three-leaf whorls. Soon it was difficult to maneuver their canoe through the dense forest of weeds. They were surprised and dismayed to find the plant inhibiting their passage was not native to Alaska. Based on the physical characteristics, it was identified as Elodea canadensis, commonly known as Canadian waterweed or common waterweed outside of Alaska; here we tend to refer to it as just “Elodea”. Chena Lake was the next location the intrepid biologists found the aquatic invader.

The detection of Elodea in Fairbanks was alarming for two reasons:

a) Though Elodea was known to occur in a lake in the Cordova area since the 1980’s, it was believed to be contained to that location because resource agencies had not received reports of it elsewhere, and 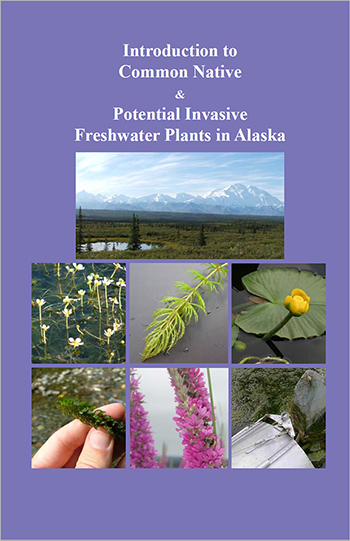 b) there was just so much of it!

The Spread of Elodea

Alas, since then, Elodea has been found in 35 water bodies in the state: 10 freshwater systems in Interior Alaska, nine water bodies in Southcentral, seven lakes on the Kenai Peninsula, and nine water bodies around Cordova. Aquatic invasive species, such as Elodea, can easily spread when attached to trailered boats, floatplanes, fishing gear or in contained water transported between freshwater systems. The reason we care, and you should too, is that aquatic invasive species degrade our favorite fishing spots and destroy habitat for native fish and other animals. We want to protect and sustain opportunities for sport fishing throughout the state.

The good news is statewide eradication efforts have removed Elodea from 11 water bodies. Moreover, the Alaska Department of Natural Resources (ADNR), Division of Agriculture and a consortium of partners have been utilizing permits, such as pesticide use permits from the Department of Environmental Conservation, to apply specific herbicides to control populations in 14 water bodies from Fairbanks to Cordova. Next year, three more lakes will be treated. That leaves seven freshwater systems to be considered for future control efforts. 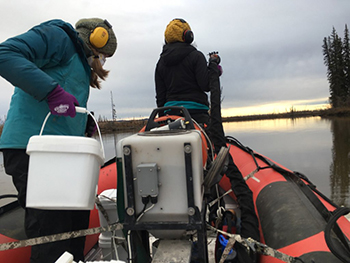 Dan Coleman is the Invasive Weeds and Agricultural Pest Coordinator for ADNR. He put in a lot of work during the summer of 2020 with the goal of ridding Alaska of Elodea. “In some lakes we have used a contact herbicide to knock back the plant. It doesn’t affect the roots or prevent regrowth, but quickly reduces biomass,” Coleman said. He added, “Fluridone, a systemic herbicide, does the real job of killing aquatic weeds by disrupting Elodea’s ability to photosynthesize. It interferes with carotene formation and causes chlorophyll degradation; Elodea can’t live without chlorophyll.” ADNR, Fairbanks Soil and Water Conservation District, Kenai Cooperative Weed Management Area and other regional invasive species managers treated infested lakes during the open water seasons to facilitate maximum harm to invasive plants while reducing impacts to native aquatic vegetation.

Luckily, even though herbicides are great for removing invasive weeds from our lakes, the ones used to kill Elodea in Alaska have no observed adverse effects on organisms other than plants. Fluridone doesn’t appear to have any apparent short- or long-term negative effects on fish when applied at normal application rates, and there are no restrictions on eating fish from lakes treated with fluridone or diquat (WI DNR 2012, ADNR 2016).

Elodea is distributed to new lakes or waterways when pieces of the plant break off and are dispersed. Human activities are the main pathways for spread. When plant fragments attach to boat trailers or propellers, floatplane rudders, recreational equipment, or fishing gear, they can establish fast growing, robust infestations in previously uninfested lakes and creeks. These modes of transport make it everyone’s responsibility to protect their favorite places for fishing, boating, and hanging out on the water. At this time of year, when the lakes are frozen, we still need to remember the mantra ‘Clean, Drain and Dry’ before we leave the ice to prevent spreading Elodea on our ice fishing gear and equipment. Sometimes drying isn’t possible, but don’t forget to inspect and clean your gear and drain water from all kinds of containers. Believe it or not, Elodea persists under ice throughout the winter which means if you set your hole over an infested area of the lake, you may catch more weeds than fish. 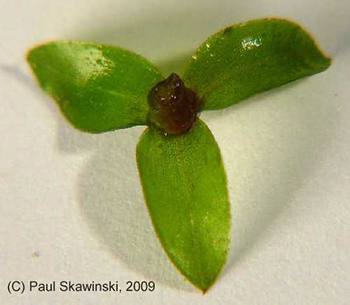 Here are some practical tips to ensure you’re leaving the Elodea where you found it.

Before you head out to the lake, find out if the lake is infested with any invasive species. ADNR’s Dan Coleman is happy to provide information (see contact information below). Next, check your gear. Is the ice auger or drill clean and in working condition? How’s the old sled looking? Scoop? Be sure to remove any debris or sediment from all gear. You might want to double check your lures and leaders too. The last thing is to become familiar with what Elodea looks like. Now you can load up your gear and hit the ice.

If you happen to drill your hole over an infestation of Elodea, it probably won’t take long to figure it out. First, you may see green or brown plant material in the hole or wrapped around the ice auger. Next, you may catch more weeds than fish. Remove any plant material and leave it on the ice to freeze and dry out. If you choose to find a new location to drill a hole, carefully clean your equipment and leave all that vegetation behind. 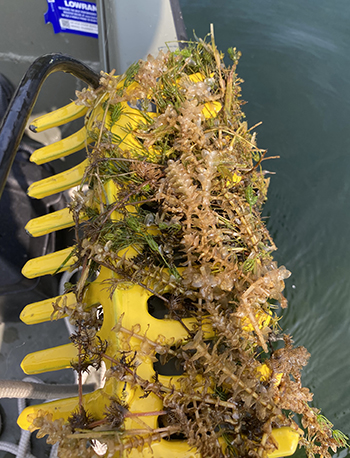 Figure 6. Dying Elodea after treatment with diquat. Some native vegetation unimpacted by the treatment, 2020. ADNR.

Before you leave the lake remember to follow best practices to prevent the spread of Elodea. 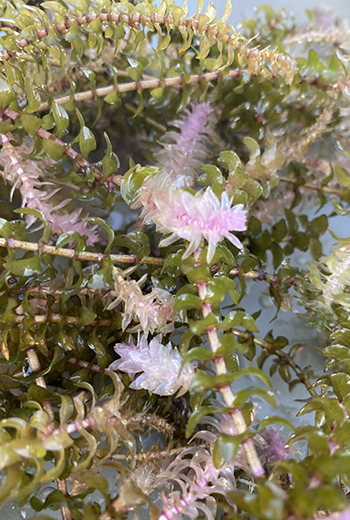 Tammy Davis is the Invasive Species Program Coordinator at ADF&G. When not checking tidepools for nonindigenous tunicates or reading about the latest methods of using eDNA to detect new infestations of aquatic invasive species she likes to hike in the mountains of Juneau with her tiny wonder dog, Zoe.