Fish and Wildlife Management in the United States
Article 4: The Future has Many Challenges 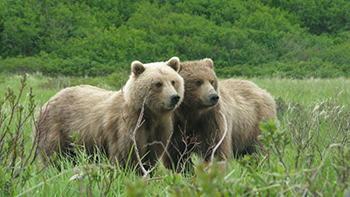 All right, tough question, do you like change? Not the kind of change we’ve had in the last several weeks but just in general? Or do you like the safety of routine and familiar? I must admit a bit of safety and routine sounds pretty good right now; however this is question is more in general terms. If you answered the latter you may want to stop reading and move to the other interesting articles in this issue of the Alaska Fish and Wildlife News (AFWN). This article is going to ask questions of the status quo, maybe make you uncomfortable, and raise points you may not agree with.

For the record, I’m a life-long, avid, and passionate hunter and angler and these questions make me nervous and uncomfortable. However, as a nation and as Alaskans we need to address these questions now. This may challenge your beliefs and assumptions about the funding of fish and wildlife management and the future of fishing and hunting.

This is the final article in the series trying to raise awareness about our shared fish and wildlife resources. The first article addressed the history behind the management of our countries fish and wildlife and the development of the Public Trust Doctrine (PTD). The second article touched on predominantly the state administered management structure in this country today. The last article informed you about the various means through which you can affect change to the regulatory structure governing fishing and hunting in Alaska.

This article jumps into the changing demographic in Alaska and America, the changing perceptions toward fish and wildlife, how that will affect management, and how the very longevity of fishing and hunting is being challenged.

The U.S. has become a much more culturally and ethnically diverse nation over the past several decades. There are also increasing and diverse opportunities engaging our kids, families, and disposable incomes. The U.S. population is no longer mostly rural, as it was in the early 20th century. Americans have become increasingly urbanized and separated from the natural world. Fewer people are fishing, hunting, and trapping and fewer people are buying fishing and hunting licenses. Currently, the majority of hunters are white males 45 years or older, and fewer young people are replacing them as they “age out” of these outdoor activities.

According to United States Fish and Wildlife Service, between 1980 and 2013 the number of hunting license purchasers nationally declined almost nine percent. Even in Alaska, a place world-renowned for its hunting and fishing opportunities, the proportion of resident hunters has declined from 19 percent of the resident population in 1983 to 12 percent in 2018. According to the Alaska Department of Fish and Game, the number of Alaska non-resident hunting license purchasers has stagnated since 2000. Competing interests for our time and money, increased challenges with land access, and the aging of traditional “outdoorsmen” are by far the biggest reasons cited nationally for declining participation in fishing and hunting based on a 2017 National Shooting Sports Foundation Survey.

Attitudes toward wildlife are also changing. Americans are seeing wildlife in more anthropomorphic terms. Fewer people see our role as having control over fish and wildlife (consumptive uses; ie. fishing and hunting) but rather have increasingly mutualistic views, that is, to co-exist with wildlife (non-consumptive uses; ie. wildlife viewing) rather than see it as a resource we control and use.

As you may remember from the first article in this series (Reflections on our Shared Resources: A Historical Perspective on Wildlife Management), ”consumptive users” have traditionally provided the majority of the funding for state fish and wildlife management agencies. This has been done through license sales and the taxes generated by the purchase of firearms, ammunition (Pittman-Robertson), and fishing equipment (Dingell-Johnson). The rate of decline is anticipated to increase. Will non-consumptive users – bird-watchers, wildlife viewers, hikers, kayakers, and nature lovers – step up to contribute to managing the wildlife resources they also enjoy? Currently, there is no mechanism in place to facilitate more financial contributions to our fish and wildlife resources from non-consumptive users. Unfortunately, people who enjoy our wildlife resources often don’t understand the funding mechanism behind the scenes that contributes to the stewardship of those species and those wild places.

As the number of licensed, engaged anglers and hunters declines, so does the funding for state fish and wildlife agency’s staff and programs, and facilities like hatcheries, boat ramps, and shooting facilities. This is the “funding cliff” that virtually all state fish and wildlife agencies are wringing their proverbial hands over. Within the next 30 years, even states like Alaska with a higher than average proportion of hunters will likely be addressing drastically reduced budgets. This will affect staffing capacity and the ability to adequately manage and safeguard our fish and wildlife resources - unless alternative funding sources are identified.

There have been and continue to be many efforts to address this concern. One of those is the Recruitment, Retention, and Reactivation (R3) effort. R3 is a national effort to recruit and reactivate hunters and anglers with fun, safe, mentored, experiential learning environments guided by experienced mentors. From personal experience these are incredible opportunities for people curious about fishing or hunting. However, nationally, R3 efforts have struggled to move the needle on the number of consistent license purchasers. These outreach efforts are expensive and it is worth examining the cost versus benefit on a per participant basis.

Other recruitment efforts include TV shows, magazines, other mentored programs, and general outreach by state fish and wildlife agencies, and by Non-Governmental Organizations (NGOs). However, often these efforts don’t reflect the true cultural, ethnic, and urbanized diversity in America. They often fall into the trap of recruiting kids with parents who already hunt or fish – kids who would likely participate anyway because their families are engaged. Folks that have attempted R3-related efforts find it difficult to reach members of the broader public. As a result, a big challenge to our wildlife management structure is the loss of relevancy in the eyes of this country’s overwhelming majority of non-consumptive or unengaged users. Many people simply state they can’t relate with what they see on TV or in magazines and it’s simply not for them.

In addition, many current or former anglers and hunters have voiced feelings of frustration and alienation in the participation process itself. They feel that a few vocal groups have a disproportionate influence and their voices aren’t being heard in the larger regulatory and policy discord. This further alienates otherwise engaged and interested individuals and again decreases relevancy of our current fish and wildlife management structure.

Regrettably, there are no easy answers. Although public interests regarding fish and wildlife in this country are diverse, we all have far more in common than we think. We all want a future for our children and grandchildren with clean water, abundant fish and wildlife populations, productive green spaces, and wild places to visit and recreate. 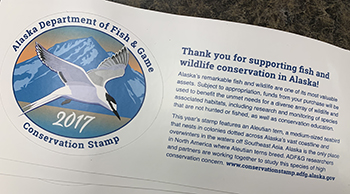 Perhaps the greatest concern for the future stewardship of our shared resources is growing apathy, ignorance, lack of engagement, and loss of relevancy among the broader public. The primary goal of this AFWN series has been to raise awareness. If nothing else is learned through this series I hope you can feel better informed but also inspired to engage critical dialogue among other outdoor enthusiasts - particularly those that may not share your same beliefs on how to move forward.

Just because the current funding model has worked well in the past doesn’t mean it can’t be adapted to current cultural trends. Can we broaden the relevancy of our shared resources by including more diverse and contemporary views? Nationally, can we include a more diverse and contemporary cultural and ethnic make-up in decision making and policy discussions? How would fishing and hunting traditions be impacted or diminished as a result? Could we raise additional revenue by creating a similar tax structure on binoculars and backpacks as has existed for firearms and ammunition since 1937 (Pittman-Robertson)? It should be noted that currently there is no mechanism to capture this funding stream. Or is there some other tax mechanism to help fund wise stewardship of our resources? Should the cost of fishing and hunting licenses be increased? Could we inspire more engagement and interest in our collective resources by reaching people on “the other side of the fence” specifically other ethnic groups, cultures, urban areas, socio-economic locations? After all, new activities seem less desirable when you don’t see people like you doing it. What about taking inner city kids camping for the first time? Have you taken a friend, child, or neighbor fishing for the first time? If people don’t appreciate the value and beauty of fish, wildlife, or wild places they’re not going to care enough to protect or fight for it. Should we be working harder to promote the value of wild harvested, high quality meat with younger generations while enjoying the outdoors and getting exercise?

Fishing and hunting have a long and storied history in this country. It has been one of the most well managed, well-funded, user pay-public benefit systems in the world to date. The state-based trust managers have had great fiduciary responsibility and have done a superb job at safeguarding and stewarding our shared fish and wildlife resources and the places they inhabit for over 80 years. However, even as traditional funding is declining wildlife viewing and outdoor recreation in general is growing. We all continue to share great interest in the well-being of our shared resources, but we simply are changing the way we’re choosing to enjoy it. Now is the time to engage, make your voice heard, there is a lot of hard work to be done and many hard discussions to be had but after all these are your resources and those of your kids, and your great, great grandkids.

Enjoy the dawning of spring, get outside, take a kid or friend fishing or camping for the first time. We are blessed to live in a land many hope to visit and few ever fully experience. Don’t take it for granted and make an effort to encourage others to experience its immensity, beauty, and magic but most of all its healthy and abundant fish, wildlife, and wild spaces.

Rick Merizon is a wildlife biologist, hunter, fisherman and birder based in Southcentral Alaska. He grew up in Wisconsin hunting grouse and waterfowl. He manages the small game program for the Division of Wildlife Conservation, researching and managing grouse, ptarmigan, hares and other wildlife.