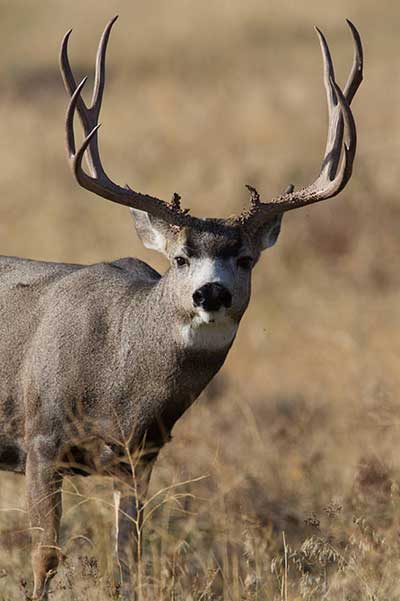 Buck mule deer sniffing the air at Nash Wash Wildlife Management Area in Utah. Mule deer are found across much of western North America, but are not native to Alaska. Occasional sightings have been reported in the eastern Interior since at least the 1970s. All have likely immigrated from the Yukon. Photo by Brent Stettler, Utah Division of Wildlife Resources.

A mule deer carcass found in mid-May near the highway bridge over the Chena River Flood Control area is getting a close look by the Division of Wildlife Conservation.

“The deer was definitely killed in a vehicle collision and died very quickly,” said Wildlife Veterinarian Dr. Kimberlee Beckmen. “When it happened is difficult to pin down.”

Turns out, the question of timing could be important.

Mule deer are not native to Alaska, but occasional sightings have been reported in the eastern Interior since at least the 1970s. All have likely immigrated from within the species’ current range in Yukon, Canada. Alaska wildlife officials are concerned that parasites and diseases mule deer carry could spread to Alaska’s moose and caribou.

“This parasite has been detected in over 50 percent of the mule deer examined by wildlife officials in the Whitehorse area and is also found on moose, caribou, and elk in the Yukon,” Beckmen said. “It is a parasite that kills young moose and can devastate moose populations.” 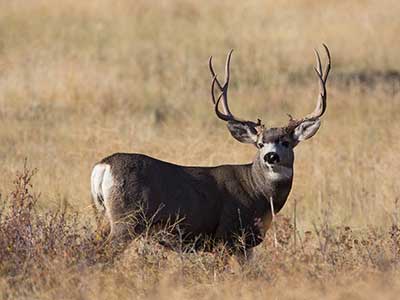 Beckmen performed a necropsy on the deer and said the buck was in good health prior to being struck. Judging by the state of decomposition, the deer might have died a week earlier, or over the winter and recently thawed.

“There was no hair loss, so if it died anytime from January on, we can say it wasn’t infected with moose winter tick,” Beckmen said. “However, if it died last fall or early winter, there would not be adult ticks or classic hair loss patterns visible yet.”

Mule deer are larger “cousins” of the Sitka black-tailed deer found in the Southeast Panhandle, Prince William Sound, and Kodiak. Reports of sightings in Interior Alaska have grown more frequent in recent years, suggesting their presence is part of the species’ natural movement. In 2013, three were reported north of Delta Junction. Last year, a fawn was photographed in a North Pole driveway. In addition to winter tick, mule deer may also carry other pathogens potentially fatal to moose and caribou including liver flukes, deer adenovirus and brain worm. 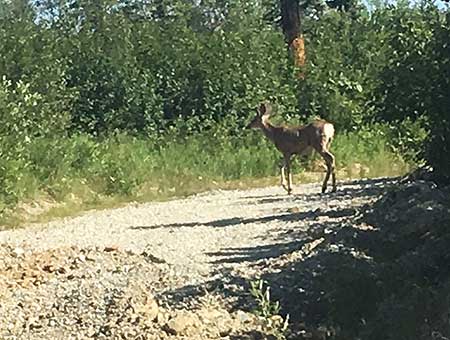 Byron Hatley photographed this mule deer in July of 2016 near the Fort Knox mine near Fairbanks.

The Alaska Department of Fish and Game is interested in documenting Interior mule deer sightings. The public is asked to report any sightings of live or dead mule deer immediately to the department or the Alaska Wildlife Troopers.