Can My Dog Get Sick From Raw Game Meat? 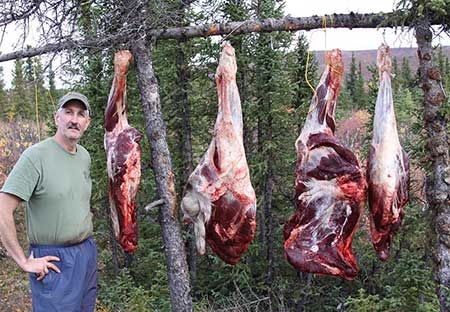 Eating raw meat from game animals can make pets sick. Dogs can get all the diseases and parasites that spread between game and their predators and scavengers like wolves and foxes.

It is important to note that it is not legal to feed game meat to pets, with the exceptions listed below. In addition, as found on page 17 of the Alaska Hunting Regulations, game meat may not be used as bait or food for pets and livestock.

However, you MAY use the following as bait or food for pets or livestock:

• the skin, guts, heads, or bones of game legally taken or killed by vehicles, after the salvage of edible meat, 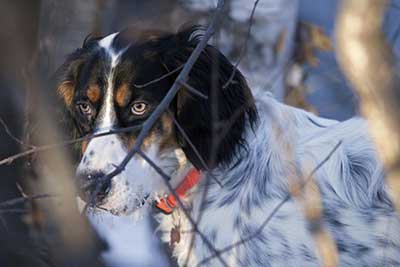 If a dog is sick and not eating, a veterinary visit is warranted for reasons other than deworming. Ken Marsh photo.

• the skinned carcasses of furbearers and fur animals, and the meat from small game (other than birds) and unclassified game.

Dr. Kimberlee Beckmen, a wildlife veterinarian with Fish and Game, noted that if someone suspects their dog has eaten raw game parts (muscle, liver, lungs) that can contain common tapeworm cysts they should have the dog dewormed by a veterinarian for tapeworms. She does not recommend over-the-counter products.

“Tapeworms aren’t very serious for the dog as much as the types in the liver and muscle but it will cost you money feeding the worms.”

The one in the lungs is transmittable to you (cystic hydatid disease) through the dog’s feces. Deworming is even more important if a dog eats a rodent because they can then pass the most dangerous tapeworm, Echinococcus multilocularis on to you (alveolar hydatid disease). 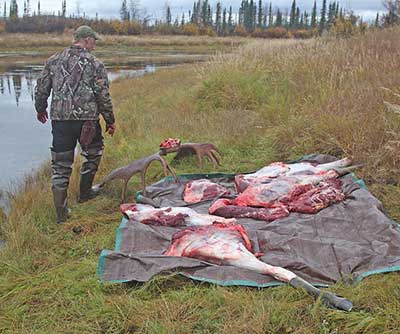 It's not legal to feed game meat to pets or livestock, however it is legal to feed pets the the skin, guts, heads, or bones of game legally taken - after the salvage of edible meat. This can introduce parasites. Ken Marsh photo.

Beckmen added that if a dog is sick and not eating, a veterinary visit is warranted for reasons other than deworming.

Freezing meat does kill tapeworms, but not the most common worm in bear meat, Trichinella, which is a species adapted for life in the cold north.