Celebrating a Centennial for the Birds 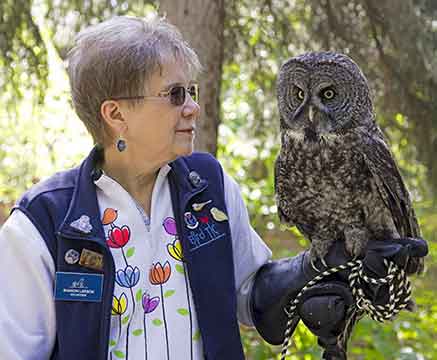 A great gray owl at "International Migratory Bird Day at the Alaska Zoo" in May this year. Photo by Donna Dewhurst/USFWS, and the owl was courtesy of Bird Treatment and Learning Center.

It’s a year for the birds – literally.

The year 2016 marks the centennial of a convention between the United States and Great Britain, on behalf of Canada, that laid the groundwork for the protection of migratory birds throughout North America. Two years after that convention, in 1918, the Migratory Bird Treaty Act was signed into law by Congress. The act effectively protected all migratory birds by preventing the market hunting of birds, regulating sport hunting to designated “game” species and adding other special protections for birds.

The efforts were desperately needed back in the day. In the late 1800s and early 1900s, birds were killed in alarming numbers for fashion, food, and scientific collecting. The taking of birds was completely unregulated. Several species, including the passenger pigeon, went extinct. Many more were at risk.

In the bird world, the Migratory Bird Treaty Act is defining legislation, as important for birds as the Clean Air Act is for environmental protection. It’s fitting then that the U.S. Fish and Wildlife Service, along with partner organizations, has planned a year of public outreach events and opportunities to highlight this important conservation milestone.

If you enjoy birds, that means 2016 offers special opportunities to get out birding, or to learn about birds and what you can personally do to help conserve birds.

Tamara Zeller, an outreach biologist with the U.S. Fish and Wildlife Service in Alaska, is the main organizer behind the local efforts to commemorate the centennial in Alaska. The U.S. Fish and Wildlife Service has partnered with other organizations to offer a wide variety of events and lectures this year to get people more involved in bird conservation, and to understand the history of the Migratory Bird Treaty. 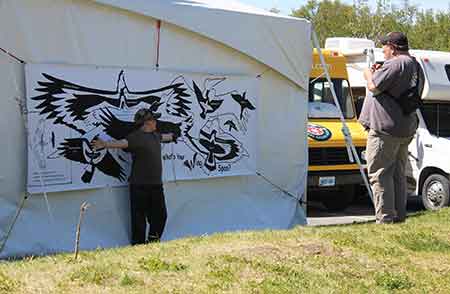 A birding event features a "measure your wingspan" chart.

If you want to make a difference personally, some of the ideas compiled by Zeller include buying shade-grown coffee and fair trade chocolate that protects bird habitats, using bird-friendly landscaping in your backyard, keeping cats indoors because they kill birds and recycling fishing line and picking up litter to prevent injuries to birds.

Zeller recognizes that the legislation was problematic for many years in Alaska because the traditional Native Alaska bird harvest by indigenous people during the spring and summer months was not allowed under Migratory Bird Treaty Act. This created conflict between Native Alaskans and the federal government. Though difficulties remain, many steps have since been taken to remedy that conflict and to allow the subsistence hunting of birds, including an important amendment in 1997 that permitted the spring/summer subsistence hunts. 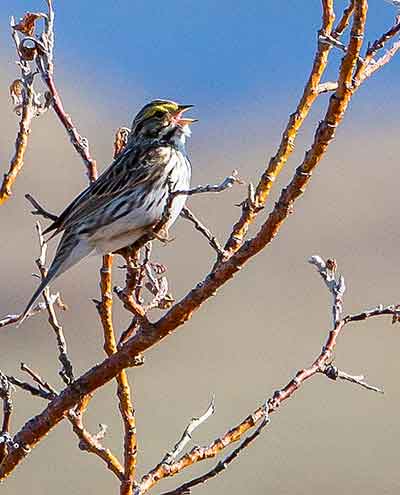 ”One goal of the centennial is to help people understand more about the migrations of birds, and how critical healthy habitats are for birds along their entire migratory routes,” Zeller said. Nesting habitats in Alaska are generally healthy, but many birds face habitat challenges in the more southern areas of their range, where human populations are much larger and habitats more fragmented.

In Alaska, events to celebrate the centennial began in January and continue through December. Some of the events included a teacher workshop about marine debris, a night of bird trivia at the Alaska Zoo, ongoing lectures on the treaty, and highlighting the treaty centennial at annual events and bird festivals such as International Migratory Bird Day at the Alaska Zoo, Kachemak Bay Shorebird Festival, Potter Marsh Discovery Day, and Bike and Bird Day.

Coming up in August will be the Tanana Valley Sandhill Crane Festival August 26-28 and a lecture at the Alaska Zoo on August 16 which includes a cake to celebrate the treaty centennial signing 100 years ago.

Centennial events in Alaska were made possible by the hard work of many sponsors and partners including the U.S. Fish and Wildlife Service, Alaska Zoo, Alaska Department of Fish and Game, U.S. Geological Survey, and Audubon Alaska.