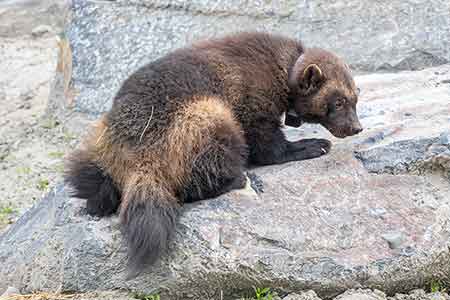 Trained wolverines have the potential to help rescuers find people buried in avalanches, according to animal trainers at the Alaska Wildlife Conservation Center.

The nonprofit facility south of Anchorage wants to breed wolverines and train them as search and rescue animals. An article in March in the Alaska Dispatch generated questions to Fish and Game – not regarding the feasibility of the idea, but regarding possessing and breeding wolverines. The Alaska Department of Fish and Game manages wolverines, other furbearing animals and big game species in Alaska.

It is not legal to keep wild animals as pets. Fish and Game does permit some educational facilities to keep Alaska wildlife for educational purposes, such as the Alaska Zoo in Anchorage, and the two facilities proposing the wolverine breeding – the Alaska Wildlife Conservation Center, and the Kroschel Wildlife Center in Haines. 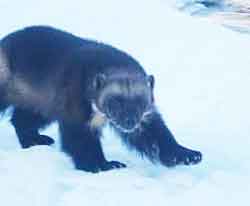 Banff, a wolverine at Kroschel Wildlife Center in Haines.

Brynn Parr is the state biologist overseeing this type of permitting.

Every state has its own version of the “clean list,” and some states are very permissive. Many states are also struggling with problems related to now-invasive species that were introduced as pets or livestock. Burmese pythons, carp (goldfish), and feral goats, pigs and chickens are a few examples. 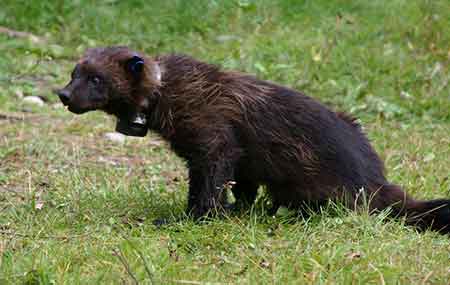 A wild wolverine captured by ADF&G researchers and equipped with a GPS collar to learn more about wolverine movements.

What about keeping a wild animal for educational purposes? For example, raising a porcupine and having school kids and scout troops come by to see it.

It’s not enough to claim that an animal will be used for educational purposes. The animal must be kept in a facility that passes inspection by the Animal and Plant Health Inspection Service (APHIS), an agency within the U.S. Department of Agriculture. The facility must possess and USDA Class C exhibitors license, and be open to the public at least 180 days of the year. 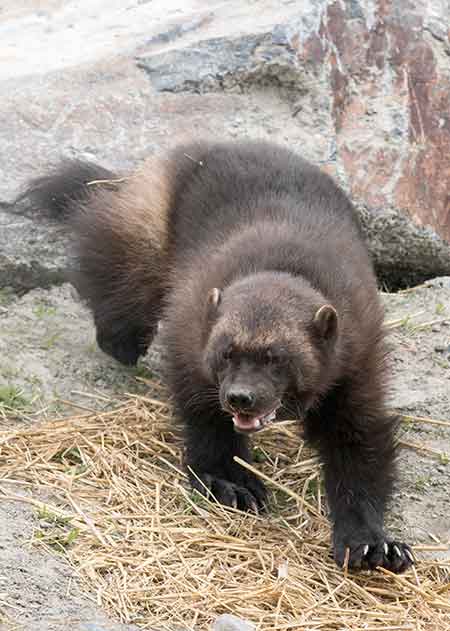 Breeding captive wildlife in a permitted facility is another matter.

“You can’t breed bears, moose or wolves,” Parr said. “You can breed other animals, but you must inform ADF&G and there may be stipulations.”

The plan to breed and train wolverines involves the Kroschel Wildlife Center and the Alaska Wildlife Conservation Center. In February 2016, the AWCC female wolverine, Kayla, was sent to Haines with hopes that she will breed with a male wolverine there. If successful, the kits would be hand-raised and trained.

Steve Kroschel is owner of the Kroschel Wildlife Center in Haines. Kroschel has been working with wolverines for 36 years. He will keep one kit and the rest of the litter will go to AWCC.

Kayla is originally from Sweden and is not an Alaska wolverine. That led to a stipulation. 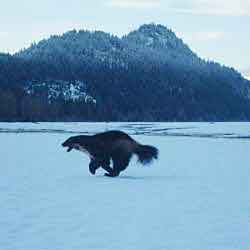 Banff, at the Kroschel Wildlife Center in Haines.

“We stipulated that the young must be neutered,” Parr said. “We don’t want the genetics (of a European wolverine) mixing, if one was to escape and breed with Alaska wildlife.”

Parr said this would not have been an issue if the wolverine had originally come from Alaska.

Pets and livestock: Exotic and Prohibited