ARLIS – Furs, Skulls, Mounts, Kits
and so much more 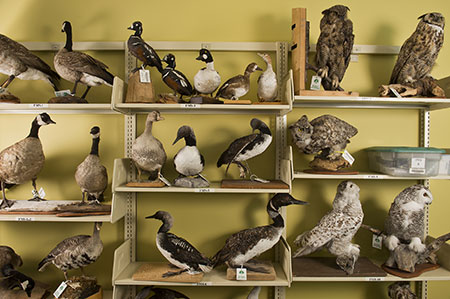 It’s not often that a library is front page news and featured in a national radio program and televised for CNN, but all these events occurred during October 2015 at Alaska Resources Library and Information Services (ARLIS). ARLIS is the Anchorage-based library for Alaska Department of Fish and Game and seven other federal, state, and university agencies. The reason for all the hoopla: the wonderful collections of furs, skulls, bird mounts, fish mounts, educational kits, and related “realia” (three-dimensional objects) that are available to the public, most of which were originally collected by the ADF&G Division of Wildlife Conservation and are made available at ARLIS. It turns out that being able to borrow these items just like a book is quite unusual and is now receiving national attention.

However, ARLIS is not just about these sought-after 3D objects, delightful and educational though they are. ARLIS is also a serious research library that public sector agency and private sector consultants rely on to get their jobs and projects done. Its collections on Alaska, the Arctic, and northern regions are arguably the most extensive anywhere, especially in regard to hard-to-locate agency reports. ARLIS is often the unique source for technical and consultant reports, development project output, and pre-statehood publications. It is often the “old stuff” in ARLIS’s comprehensive collection that is vital to biologists, geologists, and other professionals to gain the best understanding of baseline environmental factors to determine how changes have occurred over time.

Background: ARLIS was formed in 1997 by the co-location under one roof of six separate resource agency libraries, most of which were staffed by one person. Collections, staffs, and budgets were combined into one entity that is bigger than the sum of its parts. ARLIS has become a full-service library resource to founding agency staff, who now have access to 4,000+ journals (i.e., millions of articles), topical databases for literature searches, and an indomitable interlibrary loan service that is capable of tracking down the most obscure professional materials, all conveniently from agency desktops. The library just down the hall has morphed into the library that is accessible almost anywhere, almost anytime. 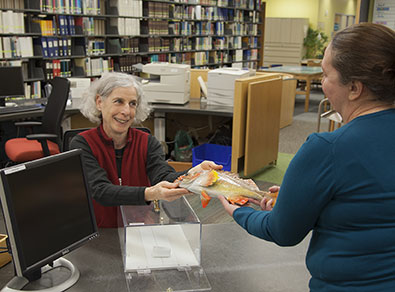 Celia Rozen checking out a fish. Photo by Cody Swanson

ADF&G has had a library in existence since territorial days. In fact, the Alaska Department of Fisheries 1950 annual report announces the hiring of library staff to catalog and maintain its already growing library collection. The next year it devotes an entire page to describing its “complete fisheries library.” In 1955, the library was described as “one of the most useful tools of the entire organization.” By statehood in 1959, the library boasted a much-needed expansion beyond fisheries alone to comprehensively include wildlife materials, thereby serving the entire department. Thus, early on, ADF&G established an agency culture of heavy reliance on comprehensive access to scientific materials and valuing its library collections and library staff. Before the formation of ARLIS’s statewide service, ADF&G employed two librarians (one in Juneau/Douglas – mainly Paul DeSloover; and one in Anchorage – mainly Celia Rozen).

ARLIS’s ADF&G collection was greatly expanded in 2004 by the closure and acquisition of the Juneau/Douglas library after DeSloover’s retirement, resulting in a 50 percent increase in ADF&G materials. Since that time “office libraries” have been forced to find a new home due to space limitations. ARLIS has acquired important collections from the Anchorage Commercial Fisheries office, as well as King Salmon and Nome office collections, boosting its statewide holdings. Several other Juneau-area library closures resulted in additional shipments to ARLIS. DEC closed their library just as ARLIS was opening in 1997. The NMFS Auke Bay fisheries library closure in 2014 further expanded the ARLIS collection. Another important source of ADF&G reports is retirees, who compile amazing collections in their subject specialties, then want to find a permanent home for their important acquisitions, so that others may use them. These retirees turn to ARLIS, after having a career-long working relationship with the library. 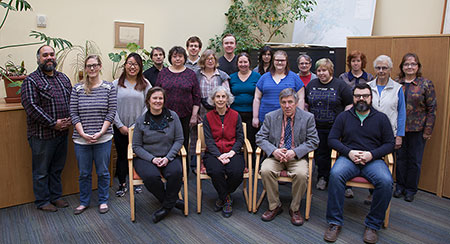 ARLIS’s staff is its strength. Reference librarians with decades of experience in information retrieval answer as many as 20,000 questions a year, saving agency researchers and the private sector countless hours of valuable time. ARLIS takes pride in consistently delivering requested information quickly and efficiently, especially its interlibrary loan service.

Through the efforts of all divisions of ADF&G, almost all current reports are available in electronic format, a boon to all users. ARLIS is lending its scanning support and extensive collections to the effort to get older materials scanned and available. One current emphasis is on scanned copies of all division regulations since statehood.

A common fallacy is that libraries are obsolete and you can find anything you need on the web. Unless a library was lucky enough to have Google drop by and scan its entire collection (until this effort was hampered by copyright concerns) this only occurred at a handful of university libraries. ARLIS, with its many unique materials, is still largely a paper library, especially for older reports, but ADF&G and ARLIS are mutually trying to go as electronic as possible. 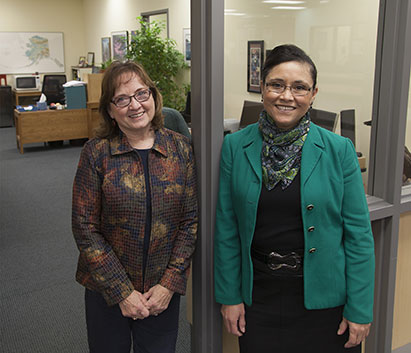 The three main fisheries collections (Divisions of Sport Fish, Commercial Fisheries and Subsistence) have long had an online searchable database.

A recent addition to online searchable databases is the Wildlife collection, thanks to the efforts of Publication Specialist Patti Harper and Analyst/Programmer Luke Weld of Division of Wildlife Conservation. ARLIS supplied labor to this effort as well.

Because electronic publications disappear regularly from the web, ARLIS stores all PDFs on a permanent document server to preserve working links. Librarians lament the disappearance of huge collections of Alaska-relevant items that were on the web at one time and are no longer supported. Examples include CRREL’s Army cold regions reports, University of Washington Fisheries Research Institute series, and Canadian fisheries publications, all of which had an extensive web publication presence, then dropped out of sight (and accessibility).

Alaska Energy Authority has long partnered with ARLIS to make as many historic 1980s SuHydro reports as well as the current Susitna-Watana Hydroelectric project reports accessible to all. ARLIS will be converting this to a more streamlined system by March 2016.

The Office of the Federal Coordinator (OFC) selected ARLIS to create a web-accessible platform, called The Pipe Files. ARLIS had an extensive collection of gas pipeline materials and this project resulted in a 40% gain in additional materials through the OFC affiliation.

Back to that wonderful collection of furs & skulls

ARLIS’s current claim to fame is the extensive collection of furs, skulls, bird mounts and fish mounts. Back in 1998, the Division of Wildlife Conservation recognized that ARLIS would be the ideal check-out venue, as ARLIS has an automated system, patron information is stored, and ARLIS is staffed 8 a.m. to 5 p.m.to deal with these types of transaction. A room was built to accommodate this collection. The ARLIS Management Team jumped at the chance. ADF&G Librarian Celia Rozen says “it was the best decision we ever made. That collection brings the public into the library. It’s great to hear the stories about how they were used.” 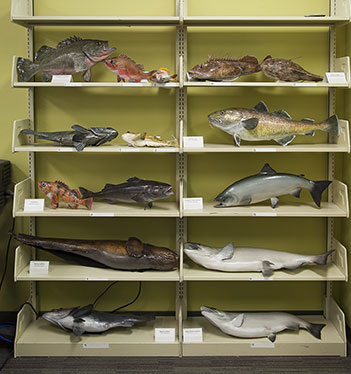 Items from ADF&G have been supplemented by U.S. Fish and Wildlife Service to include animals they manage, such as polar bears and seals. The North Pacific Fisheries Observation Training Center donated the fish mounts when they closed down their office.

Who uses these? The list includes elementary and secondary school teachers for Alaska animal curriculum, art classes, parents helping kids with school projects, camp counselors, artists, and agency displays. The most notorious use was by the movie, Frozen Ground, which re-created serial killer Robert Hanson’s basement lair using ARLIS materials. The most requested items that ARLIS doesn’t currently have are a tundra hare, more local songbirds, a magpie, and most especially, a raven. Can’t get more Alaskan than that.

As ARLIS has evolved into a major Alaska library and broadened its appeal through this popular collection, it is firmly connected to its agency roots through its service orientation and its pride in promoting and helping to fulfil founding agency missions. This strong connection keeps ARLIS relevant to individual staff members in getting their work done and to agencies as a whole in being a vital part of their operations.

Celia Rozen is the ADF&G Librarian