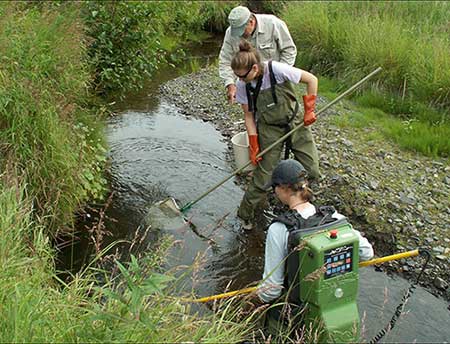 The various fish habitat management and protection tools in Alaska are based on our knowledge of the distribution of individual resident and anadromous fish species and life stages. Anadromous fish, for example salmon, are those that hatch in fresh water, then migrate to ocean for the majority of their lives, and ultimately return to the same fresh water body to spawn. Due to the vastness of Alaska's streams and rivers (which total approximately 750,000 miles in length), and more than three million lakes, only a fraction of the actual anadromous fish freshwater habitats have been documented. The department’s Catalog of Waters Important for the Spawning, Rearing, or Migration of Anadromous Fishes (see the June 2015 Alaska Fish and Wildlife News article “Documenting and Protecting Salmon Streams, Anadromous Waters Atlas and Catalog” by J Johnson) currently lists almost 19,000 streams, rivers, or lakes around the state, which have been identified as being important for the spawning, rearing, or migration of anadromous fish. However, based upon thorough surveys of a few drainages it is believed that this number represents less than fifty percent of the streams, rivers, and lakes actually used by anadromous species. An even smaller percentage of resident fish habitats have been documented. Inventorying more freshwater systems will provide better knowledge of fish distribution and habitats important to sustaining wild fish populations. 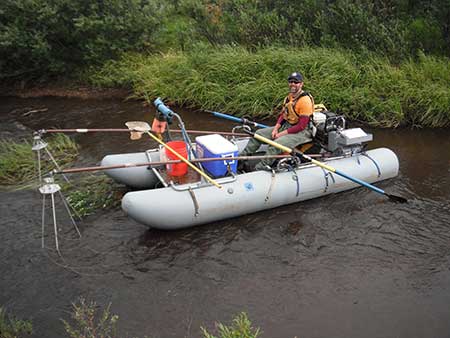 Since our main objective entails sampling all fish in a large number of remote streams in a short amount of time, our primary sampling gear is backpack and boat-mounted electrofishers. These units deliver a low level of electrical current to momentarily stun the fish allowing biologists to gather data before returning the fish alive back to the water. With proper training, electrofishing is safe (for both the fish and the researcher) and efficient. In addition to electrofishers, other common sampling gear that we use includes gillnets, minnow traps, seines, dipnets, and angling. We also record aquatic and riparian, or stream-side habitat characteristics at each site. 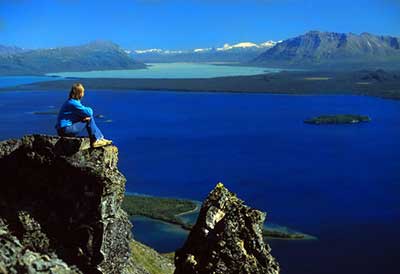 Brooks Lake, one of about three million lakes in Alaska. Photo by Mark Emery

The Inventory program has a strong history of successfully conducting large scale anadromous cataloging and fish inventory efforts. Following our 2014 field season inventorying Bristol Bay drainages, we submitted Anadromous Waters Catalog nominations documenting the occurrence of anadromous fish at 117 sites in 115 waterbodies. As a result of these nominations, 84 new or extended water bodies were added to the Catalog, resulting in the addition of nearly 500 miles of previously unlisted anadromous fish habitat and six previously unlisted anadromous lakes. Additionally, 50 previously listed water bodies in the Catalog were backed up with additional documentation or new anadromous species or life stages were found. Since 2002, we have conducted similar baseline fish inventories in 42 of Alaska’s 139 hydrologic subbasins. 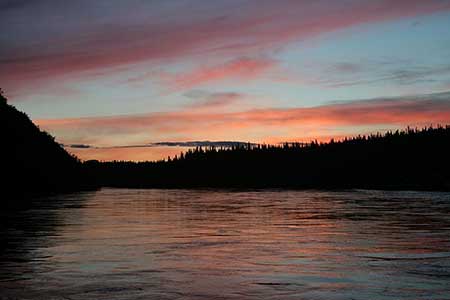 Fish observation and associated habitat data collected by the Alaska Freshwater Fish Inventory program (and other researchers and projects) is stored in a database available to the public. The easiest place to access this data is via the Department of Fish and Game, Fish Resource Monitor mapping application on the department’s web site. Inventory data is also available upon request by emailing project Habitat Biologist Joe Giefer at joe.giefer@alaska.gov.

The author recently left his Habitat Biologist position with the Alaska Department of Fish and Game to move on to equally green (and perhaps literally greener) pastures sans the beautiful mountains. He enjoyed hunting, fishing, camping, and hiking in Alaska.