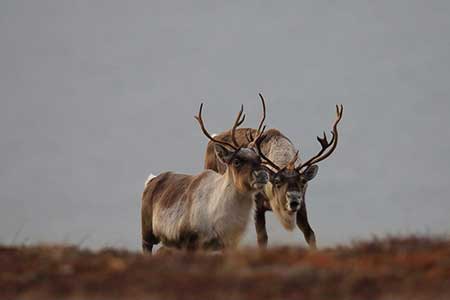 Caribou from the Western Arctic Herd. Photo by Jim Dau.

Times have changed for the Western Arctic Caribou Herd (WAH). The herd is half of what it numbered a decade ago, and the Department of Fish and Game has been working with Alaskans to address the decline.

At its peak in 2003 the herd numbered 490,000 animals. The last census conducted by ADF&G in 2013 estimated less than half that number, about 235,000 caribou. Between 2003 and 2011, the herd declined at an annual average rate of three to six percent. The annual rate of decline steepened to about 15 percent during 2011-2013. After more than 30 years of essentially unlimited caribou hunting, it is time to begin reducing WAH harvests.

To make matters worse, results of the 2013 Teshekpuk Herd (TCH) census also indicated that the situation for this herd is even more dire. Numbering 55,000 animals in 2011, the Teshekpuk herd has declined to about 32,000 caribou. Caribou from the WAH and TCH often mix during fall, winter and spring, and many communities in Northwestern and Interior Alaska (Game Management Units 24 and 26A) take animals from both herds.

Between April 2014 and February 2015, Fish & Game staff presented caribou population information for the WAH and TCH in almost 20 communities throughout their ranges. In addition, biologists met with eight Fish and Game Advisory Committees, three Regional Advisory Councils, the Red Dog Subsistence Advisory Council, and two National Park Service Subsistence Resource Commissions (Kobuk Valley and Gates of the Arctic). During these meetings two comments were repeatedly expressed by those who harvest these animals: 1) we need to begin reducing caribou harvests now, and 2) we need to begin reducing numbers of wolves and brown bears. 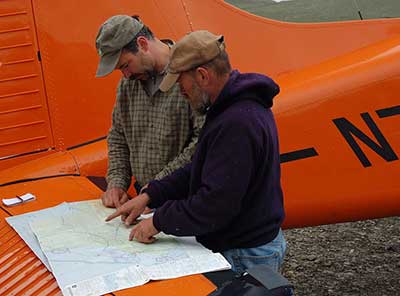 As these meetings were being held, ADF&G asked the Board of Game to consider a proposal to change caribou hunting regulations for the WAH and TCH outside of its normal regional schedule. The Board agreed to do so during its March 2015 meeting in Anchorage.

The original proposal (Proposal 202) that ADF&G submitted to the Board of Game mainly followed the recommendations in the Cooperative Management Plan to: 1) stop the harvest of calves (caribou less than 1 year old) by all hunters; 2) close the nonresident cow season; and 3) begin reducing the harvest of bulls by nonresidents. In addition, ADF&G proposed closing the same-day-airborne winter hunt for caribou in the Seward Peninsula region (Unit 22).

Advisory Committee representatives quickly realized that Proposal 202 would have little real effect on caribou harvests because: 1) few people take calves; 2) few nonresident hunters harvest cows; 3) nonresident hunters generally take less than three percent of the total WAH harvest each year; and 4) few caribou have been taken under the same-day-airborne hunt in Unit 22. To their credit, the representatives began developing amendments to the proposal that would actually reduce harvests for themselves. By the time the Board met, AC’s and other organizations had submitted 22 (!) potential amendments just to change caribou season dates for bulls and/or cows. Additional amendments to change bag limits, such as prohibiting the harvest of cows with calves and creating daily quotas for bulls and cows, were also submitted to the Board. 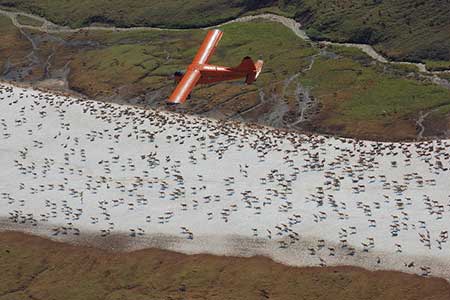 In mid-March a large contingent of area residents traveled to Anchorage to share their growing concerns with the Board of Game. The evening before Proposal 202 was scheduled for consideration by the Board, the Advisory Committee representatives (some of whom are also Regional Advisory Council members) who were in Anchorage to testify on the proposal met with ADF&G staff to try to collectively create a single, unified amendment to the proposal. They realized that 20 or 30 overlapping and sometimes conflicting amendments would likely confuse Board members and could result in either no action or a poor decision by the Board. None of the representatives liked the prospect of restricting subsistence users who heavily depend on caribou for meat, but all of them realized that it was necessary to do so for the health of these herds. In what may have been the most difficult decisions of the entire Board meeting, the representatives eventually agreed that everyone needed to share the burden of reducing harvests regardless of where they live or why they hunt caribou. They agreed to a single amendment that recommended dates to close the bull season when their meat is strong during and after rut, and to close the cow season before, during and after the calving period. They also decided that, to keep the amendment as simple as possible, they would not propose amendments for mixed-sex bag limits at this time. 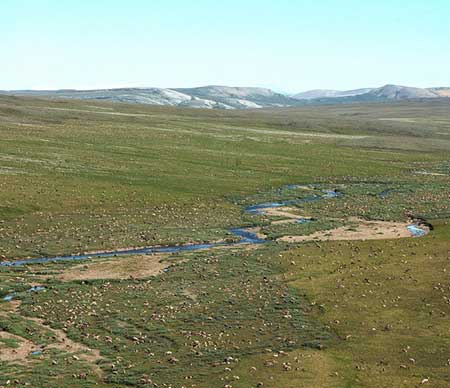 The Board considered the testimony of the Advisory Committee representatives and passed Proposal 202 with their amendment intact. The Board adjusted season dates slightly in Unit 26A to allow for earlier resident and nonresident season openings when caribou were present in that area. These changes will go into effect July 1st, 2015.

For most of the range of the WAH, the resident bag limit will remain five caribou per day (no change from past years). There will be no time of year when caribou hunting is completely closed for resident hunters: depending on the date, hunters will be able to take either bulls or cows, and at some times of the year they will be able to take a caribou of either sex. It will be illegal for anyone, including subsistence hunters, to take calves of either sex. Specific dates and bag limits for caribou hunting under state regulations by resident and nonresident hunters have changed. Hunters need to be certain to check familiarize themselves with the current State Hunting Regulations prior to hunting caribou from the Western Arctic and Teshekpuk herds after July 1st. Also at this time, the Federal Subsistence Board is considering a special action to make federal caribou hunting regulations consistent with these changes to state hunting regulations.