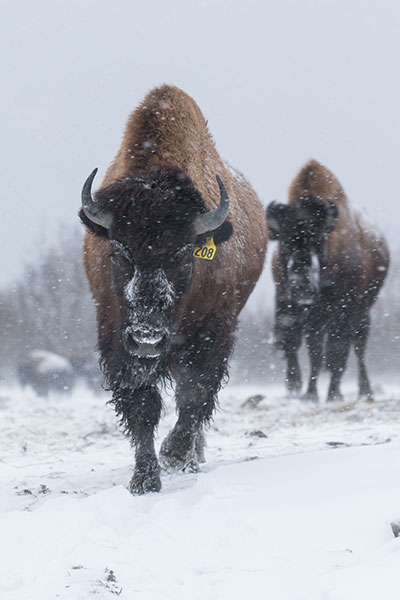 A draft management plan for wood bison in the Lower Innoko/Yukon River area is available for public review, and comments will be accepted through February 28, 2015.

The draft plan is available on the Alaska Department of Fish and Game website.

The plan will be presented to the Federal Subsistence Board in January and to the Alaska Board of Game in February for review and approval. Public comments are appreciated and will be considered in future revisions and refinements of the plan.

The plan is required as one of the final steps prior to releasing wood bison in the wild in spring 2015.

“Everyone brought their concerns, helped identify solutions, and agreed to the principles of the plan,” said Rita St. Louis, project planner for wood bison. “It’s great to see widespread support for bringing these animals back to our state.” 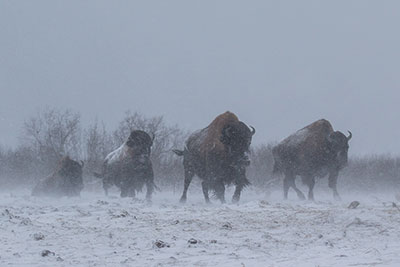 Wood bison are listed as “threatened” under the Endangered Species Act, which normally requires protection of animals and their habitat which can be problematic for natural resource development. However a special rule under section 10(j) of the Endangered Species Act was finalized in May 2014 that establishes wood bison in Alaska as a Nonessential, Experimental Population. The special rule allows hunting of bison and resource development in their habitat, and allows them to be managed similar to other Alaskan wildlife. It is this special rule that requires the development of a management plan prior to the release of wood bison into the wild.

Comments should be sent to: