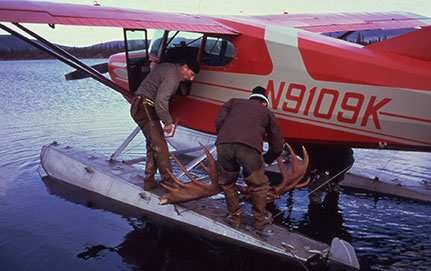 Many Alaska hunters use fly-in services for hunting, and its important to plan for the strengths and limitations of aircraft. For example, duffel bags are good, suitcases and coolers are bad. 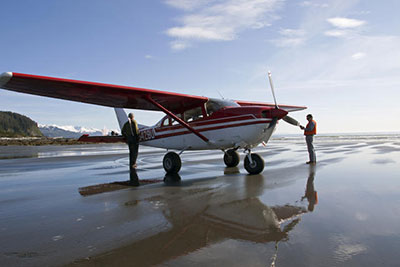 Wheel planes can access remote landing strips and can land on beaches and river bars, depending on the conditions. Ken Marsh photo. 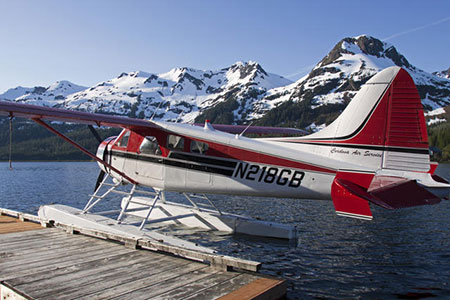 This article first ran in Alaska Wildlife News in 2004. Don Bowers was a longtime Alaska pilot who died in 2000.