What are Draw Hunts?
How They Work and Improving the Odds 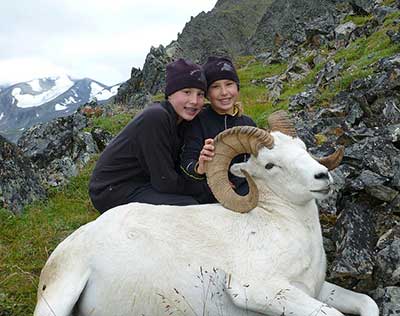 On Feb. 21, 2014, about 32,000 people will receive news that will profoundly shape their 2014 hunting experiences. That’s when the drawing hunt results are made available.

Much of Alaska’s big game harvest occurs in general season hunts. But like many states, there are hunts where the number of interested hunters exceeds the animals available for harvest. In these cases, Alaska uses a random drawing process to distribute the limited number of hunting permits. This protects the resource and provides some hunting opportunity. Each applicant is entered into the pool and names are selected randomly. Because this year’s drawing does not use information about those drawn in previous years, it is possible that some people will be drawn more than others, by random luck.

Most drawing hunts are available to residents and nonresidents. Application to participate in hunts for most big-game species requires a $5 fee per hunt (the fee is $10 per hunt for bison and muskox), and a hunting license. Hunters can apply for multiple hunts, but in some cases applying for some hunts makes one ineligible for other hunts. Each year, the Alaska Department of Fish and Game publishes a Draw Hunt Supplement with specific information about opportunities and area boundaries. The annual application period is in November and December. The results of the Nov. 1 – Dec. 17, 2013, draw application period will be available online by Friday, Feb. 21, 2014. 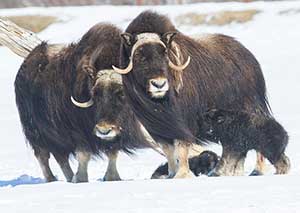 All muskox hunts are draw hunts, about 100 muskox were harvested in Alaska last year.

On average, hunters apply for about six hunts, keeping their options open and hoping to improve their odds. In 2013, 32,000 hunters applied for 172,000 draw permits in Alaska.

Depending on the hunt, odds range from excellent to astronomical. Odds can be better for hunts in remote, difficult-to-access areas, and remote in Alaska is remoter than anywhere else in the U.S. A few are “undersubscribed,” and for example, 40 people may apply for 60 permits.

It’s not about numbers, it’s about the odds. While 5,554 people applied for a Nelchina area caribou hunt last year, 1,300 permits were issued, putting the odds at about one in four.

Depending on the year, about 35 to 50 permits are issued for a muskox hunt (Nunivak Island). It’s an expensive hunt in a remote area – the resident tag fee is $500 and the nonresident fee is $1,100. Still, about 1,500 people apply, putting the odds at about three percent. But where else in the U.S. can you hunt a muskox?

Compared to other states, odds are pretty good in Alaska. Oregon’s draw hunts for mountain goats and bighorn sheep are a good comparison. The application fee is $8 per hunt. A resident sheep tag costs $122.50, as does a goat tag. A nonresident sheep tag is $1,300.50. A hunting license is $29.50 for a resident and $140.50 for a nonresident. 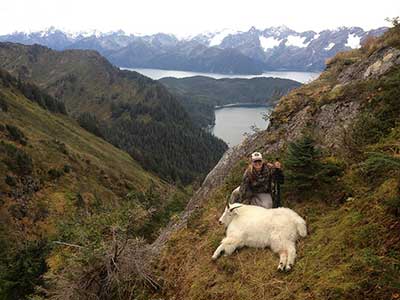 Oregon estimates the population of mountain goats at about 640 in four areas. In 2009, 11 tags were issued and 10 goats were harvested. About 10,300 people applied for those 11 tags. No nonresident tags are available. Only one mountain goat tag is issued to a hunter in a lifetime. Hunters are required to take an orientation class with a district biologist before hunting.

How can a hunter improve the chances of being drawn for a permit? Apply early. By applying early, there is more time to verify the application and provide an opportunity to correct any error. Apply for less popular hunts (see the table on the bottom of the Drawing Permit Hunt Supplement for the odds of being drawn for any particular hunt).