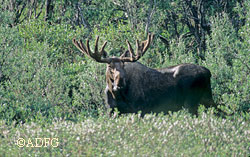 At the end of hunting season, who takes home Alaska’s wildlife? Is it residents or out-of-state hunters? The answer depends on the animal – most brown bears head out of state, most moose and caribou are eaten by Alaskans.

Nonresident hunters harvested only about 1,350 caribou in Alaska in 2007, out of a total harvest of about 22,000 animals. That’s about six percent. Alaskans took home about 94 percent of the caribou harvested in the state – and probably more, since that estimate of resident harvest is conservative.

Critics of predator management claim the practice is done to benefit, “…wealthy out of state hunters,” and “…non Alaska trophy hunters.” But the numbers don’t support that, and hunting is closed to nonresidents in most of the areas where predator management is taking place.

Predator management is taking place in six areas: near Fairbanks in parts of Game Management Units 20 and 25, near Tok in Unit 12, near Glennallen in parts of Unit 13, near McGrath in parts of Unit 19, west of Anchorage in parts of Unit 16, and on the southern end of the Alaska Peninsula in part of Unit 9. In all these areas combined in 2007, nonresident hunters took just six percent of the caribou and five percent on the moose.

Wildlife biologist Becky Schwanke helps manage Unit 13 near Glennallen, an area that’s home to the Nelchina caribou herd. Schwanke said all the caribou harvested in Unit 13 in 2007 were taken by residents, as well as 100 percent of the moose.

Schwanke said that because of the structure of the intensive management law as well as subsistence laws, nonresident hunting is eliminated when there is not enough game for residents. But even before Unit 13 was closed to nonresidents, the majority of hunters were residents. In 2001, only two percent of the almost 3,000 hunters in Unit 13 were nonresidents. 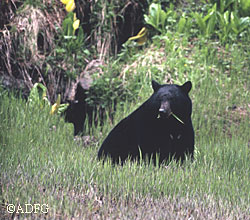 The harvest of black bears is on the rise. About 3,250 black bears were harvested in Alaska in 2007, and harvest is split between residents and nonresidents.

Wildlife biologist Roger Seavoy is based in McGrath and helps manage wildlife in that area, GMU 19. Seavoy said that the area is closed to nonresident hunting. He wrote, “There are no nonresident seasons for moose within 19A or the portion of Unit 19D East where we have a predator control program. It is fair to say that there is no nonresident harvest in any of the predator control areas managed out of McGrath. Once in a while a nonresident reports taking a moose within these areas, but on further review, it generally turns out that they have misreported a moose taken elsewhere.”

Why are nonresidents taking even a few percent of the animals in predator management areas? GMUs are divided into smaller subunits, and hunting may be permitted in one subunit and not another. Predator management is implemented to increase numbers of caribou in some areas, moose in others. Predator control in the Delta Junction area (20D), for example, is intended to benefit caribou, and nonresidents are permitted to hunt moose there. Thirdly, unlike moose, caribou move extensively between Game Management Units depending on the season and the year, and caribou management focuses more on the herd than on the GMU. Nonresidents may be allowed to hunt one herd in a GMU but not another.

Harvest of Bears and Other Big Game

About one-third all the brown bears harvested come from the Alaska Peninsula: 630 bears were taken from Unit 9 and more than half those came from the southern half of the peninsula, Unit 9E, where 50 bears were taken by residents and almost 300 by nonresidents. Kodiak Island (Unit 8) and Southeast Alaska’s Admiralty, Chichagof and Baranof islands (Unit 4) are the other top brown bear producers. 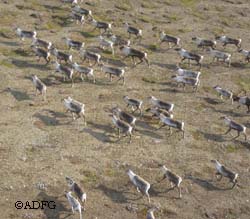 More than 94 percent of the caribou harvested in Alaska are taken by residents.

In general, about half the statewide harvest of black bears is by resident and half by nonresidents. However, that varies tremendously from area to area, and some areas see considerable nonresident hunting. In Unit 2 in Southeast Alaska, Prince of Wales and adjacent islands, the five-year average (450/year) shows that about 88 percent of the black bears are taken by nonresident hunters.

Other animals receive virtually no attention from nonresident hunters. Only one musk ox was taken in 2007 by a nonresident, and 257 were taken by Alaskans. Only three bison were taken by nonresidents, and 117 were harvested by residents.

Although nonresidents take less than 10 percent of the game hunted in Alaska, they contribute almost 70 percent of all the hunting fees collected by Fish and Game.

Riley Woodford is the editor of Alaska Fish and Wildlife News and the producer of the “Sounds Wild” radio program. He can be reached at riley.woodford@alaska.gov