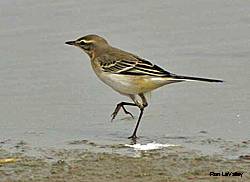 Biologists began working in western Alaska in June and will work through the summer capturing and testing nesting wagtails and other birds near the Bering Sea community of Hooper Bay. 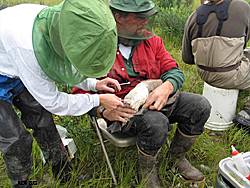 This photo of biologists sampling birds was taken in the days before surgical gloves and masks and other protective gear were required. Mosquito headnets have long been a necessity in Alaska during the summer. 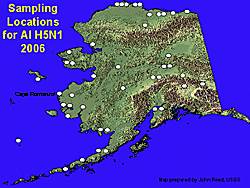 Cape Romanzof is labeled on the left edge of Southwest Alaska. Wild birds will be sampled at a number of locations in Alaska this year.