Sterilized Wolves Seem to Live Longer in the Wild 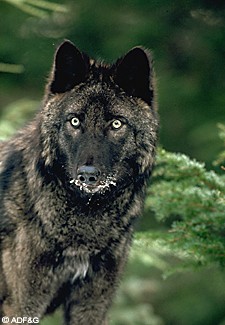 The fact that the sterilized pairs have managed to maintain their traditional territories, even on a slightly smaller scale, doesn't surprise McNay.

"That's what wolves do, defend territories," he said. "They will defend that territory even if they don't have any current pups. They're just continuing to behave as they would if they hadn't been sterilized."

It remains to be seen what will happen when all the sterilized wolves die off, which they will probably do in the next year or two, biologists said. The sterilized pairs will likely be replaced by other packs that move into the territories and kill the older wolves, Boertje said.

There are already signs that other packs are moving in to take over.

"The number of wolves will increase once the sterilized packs die off," he said. "One hypothesis is that there are enough caribou now to support those wolves.

"The other hypothesis is that wolves will get dense enough to bring the (caribou) population down to a lower level."

One of the reasons the biggest caribou herds in the state, such as the 130,000 Porcupine herd and the Western Arctic herd, which is approaching 500,000, are located on the North Slope is because there aren't as many wolves as there are in the Interior, Boertje said.

"The Fortymile caribou don't have any good place to hide during calving, especially once the sterilized wolves are gone," Boertje said. "It's not coincidental that the Arctic herds go to places to calf where there are no predators."

Regardless of what happens with the herd in the future, Gardner said the sterilized wolves have more than served their purpose, both biologically and scientifically.

"It proved you can take a pack, reduce it down to two wolves and they have the ability to maintain that territory and keep it at two wolves," Gardner said.

The long term effect on wildlife populations is still to be determined.

"We're just now starting to put things together," he said.