By Sarah A. Gilbertson 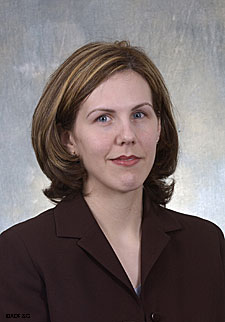 If you’ve ever fished on a lake in Southcentral or Interior Alaska or in Ship Creek in Anchorage, there is a very good chance that you’ve caught a fish stocked by the Alaska Department of Fish and Game and produced at one of our sport fish hatcheries. Remember the thrill of pulling in that “big one?” As of a few weeks ago, the opportunity to catch that “big one” was in jeopardy. But recent action taken by the Alaska State Legislature will ensure that such sport fishing opportunities are available in Alaska for many years to come.

The two sport fish hatcheries currently owned and operated by ADF&G – both in Anchorage – are over 30 years old and are losing their hot water source this year. “Between their antiquated technology and aging infrastructure, the Anchorage hatcheries have already become inefficient,” said Kelly Hepler, ADF&G’s Director of Sport Fish. “Now, with the loss of their hot water source, they are becoming ineffective.”

The sport fish produced at these two hatcheries – one located on the Fort Richardson Army Base and one on the Elmendorf Air Force Base – are used to stock lake systems all over Alaska. They also generate roughly $45 million annually for Alaska’s economy; account for 10-15% of angling effort in Alaska; and reduce fishing pressure on Alaska’s wild stocks. “The state’s sport fish hatchery program is incredibly important, and we could not have allowed this program to languish.”

Thanks to Alaska’s lawmakers, the ADF&G’s sport fish hatchery program will continue. With the passage of Senate Bill 147, introduced by Senator Ralph Seekins of Fairbanks, ADF&G has been authorized to move forward with plans to launch a statewide enhancement program to build and refurbish sport fish hatchery infrastructure around the state. The legislation allows ADF&G to bond for $69 million to pay for the cost of the enhancements and establishes a surcharge on resident and non-resident sport fishing licenses to repay the bond debt. With this new authorization and a revenue stream to repay the debt, ADF&G will launch a new statewide enhancement program in 2006 that is designed to meet current and future production demands.

Under the program, ADF&G will begin construction of a brand new sport fish hatchery in Fairbanks. The hatchery will produce hundreds of thousands of rainbow trout, grayling, arctic char, and salmon for stocking in Alaska’s Interior lakes. The hatchery, which will cost roughly $25 million ($10 million of which is federal funding), will include an information and education center for visitors and a research space for the University of Alaska. The hatchery should be completed and operating by the end of calendar year 2008.

ADF&G will also undertake construction of a second and larger brand new sport fish hatchery at the site of one of our already-existing hatcheries in Anchorage. At the cost of $45 million, this hatchery will produce millions of rainbow trout, grayling, arctic char, and salmon for stocking in lakes and some streams in and around Southcentral Alaska. This hatchery should also be online by the end of calendar year 2008.

To fund this program, ADF&G will issue revenue bonds and a new surcharge will be placed on resident and non-resident sport fishing licenses beginning in January 2006. The surcharge will vary for each license category as follows:

The surcharge was structured in order to generate just over $6 million in new revenue annually – the same amount as the annual debt service on the bond. The surcharge will terminate when the bond debt is completely repaid.

So, whether you are an Alaskan or just visiting Alaska, it is going to cost you more to go sport fishing in Alaska. But the cost is worth it to preserve some of the best sport fishing in the country. With your support, we can ensure that future generations of Alaskans and visitors to Alaska also have the opportunity to catch that “big one.”