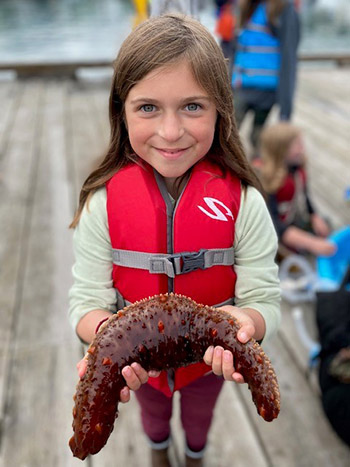 Alaska Department of Fish and Game fisheries biologist Kellii Wood (based out of Petersburg, Alaska), recently teamed up with a local outdoor school, Kinder Skog (director Katie Holmlund) for their Outdoor Recreation Creation Adventure (ORCA) marine science camp that ran from July 12 to July 16, 2021. The focus of the camp was to bring Alaskan fisheries awareness, biological sampling skills, and hands on science to 16 children; ages ranging from 9 to 12 years old.

The goal was to expose school-aged children to real world sampling procedures that ADF&G biologists use in the field, with the goal of obtaining a lifelong interest in the marine environment they live in and to gain real skills they may employ later in their life. 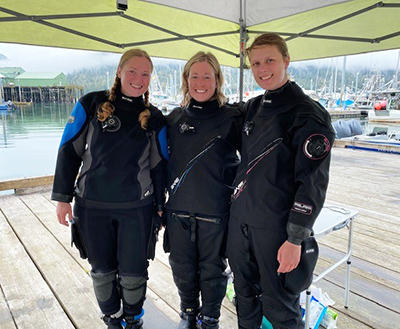 The first day, students watched videos from remote operated vehicle (ROV) yelloweye rockfish stock assessment surveys conducted every year in Southeast Alaska’s outside waters. Students equipped with fish identification sheets learned how to identify various fish species while watching the video. They also learned about scientific theory and how to take important notes in their notebooks. 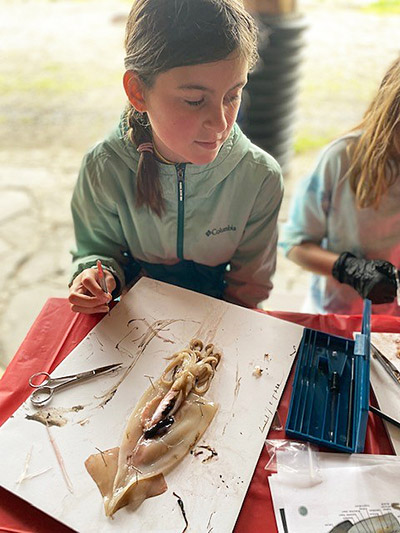 Other days, students conducted squid, fish, and crab dissections to identify important biological information that real biologist collect in the field to help manage state fisheries. In addition to collecting biological information, students also learned about various sampling procedures, including random and transect sampling. This was done by throwing hula hoops in the intertidal zone or along a transect line and counting and identifying species within the hula hoop. They then compared species in various portions of the intertidal zone to help understand body adaptations due to habitat. 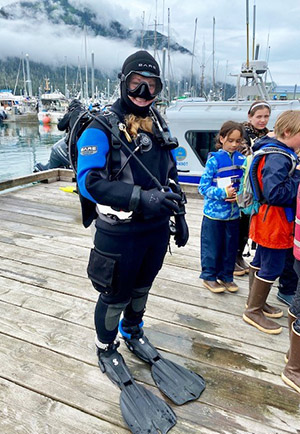 The highlight of the week was collaborating with members of ADF&G’s dive team to teach students about scuba dive sampling in Alaska and to learn about marine animals in their own backyard (called “Diving for Science”).

In addition to the “Diving for Science” portion of the day, Kinder Skog also secured multiple grants to obtain their own ROV (affectionately named “Bruno”), which students were able to drive in the harbor and identify species on their own. The video was streamed to multiple devices that allowed other students to see what the ROV driver was seeing as well. 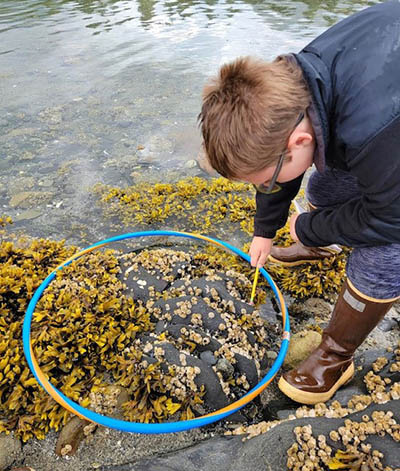 Both the Kinder Skog program and ADF&G received multiple compliments and encouragement from both parents and students and believe they may have inspired a few children to become future biologist for the State of Alaska!

Kellii Wood is a fisheries biologist for ADF&G based out of Petersburg, Alaska. 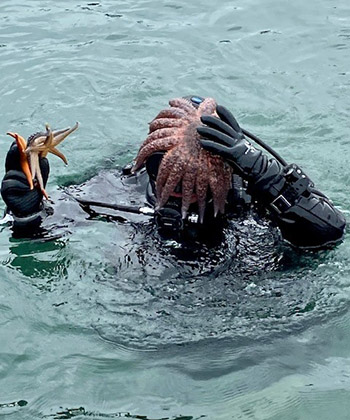 Kinder Skog, which is Norwegian for kid forest, is an outdoor-focused after school and summer program in Petersburg, Alaska, a Southeast Alaska town with a Norwegian heritage. More on Kinder Skog

More on the ADF&G Dive Team