This summer I watched a Sitka black-tailed deer browsing in the alpine. The young buck with velvety spike antlers bent to nip the heart-shaped leaves off a low-growing lily, then ambled over to a poisonous plant called false hellebore and ate the spike of white flowers off the top.

Investigating The Decline of The Northern
Alaska Peninsula Caribou Herd

Caribou populations fluctuate naturally. But when the Northern Alaska Peninsula herd began spiraling downward more than a decade ago and not stopping, caribou hunters and Alaska Department of Fish and Game biologists became increasingly concerned.

The drop was dramatic – from more than 20,000 animals in the 1980s to about 2,000 today. Biologists were unsure what was causing the decline but guessed that predation, poor range, disease and parasites might be playing roles.

By Doug Molyneaux and Sara Gilk

By By Lisa Olson

You've chugged out of the Seward Small Boat Harbor before the sun even peeked over the mountains. In the dim greyness of the typical Alaskan late summer morning, voices are quiet. The captain anchors up near a rock outcropping, and your 8-oz. jig is the first to zip through the cool blue to hit the bottom. A couple of reels up, and you're set.

Still half asleep, you're using the gentle rocking of the boat to bounce the jig, when your rod suddenly bends in half and starts to shake. After ...   Lingcod ArticleContinued 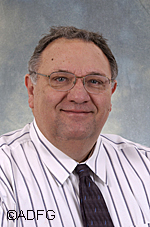 The Local Fish and Game Advisory Committee system is an essential part of the Board of Fisheries and Board of Game process. It provides an effective mechanism for citizen involvement in the fish and game regulatory process.

The advisory committee system was established in 1959 by the First Alaska State Legislature. Over time, the number of committees has grown without limits or any overall plan. Consequently, today we have an unwieldy 81 advisory committees on the books. Some advisory ...   AC System Revision ArticleContinued

Breasts, legs, and thighs of 2 scoters

Soak duck overnight in fridge in strong saltwater solution with ½ cup vinegar and a sliced onion.

Dry meat, rub with salt and pepper and dredge in flour. Place 1/8 lb butter in skillet and heat until smoking. Brown both sides and then reduce heat and cook slowly. When tender, remove meat to serving dish. ...   Duck Recipe ArticleContinued