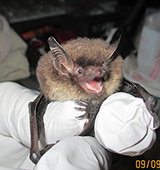 Wildlife biologist Karen Blejwas has been studying bats in Southeast Alaska for close to a decade. Her focus on the flying mammals was prompted by a threat that’s proved tragic for bats in the East.

Millions of bats have died in eastern North America in the past decade, victims of a fungal disease known as white-nose syndrome. Little brown bats in particular have succumbed, and these are also the most common and widespread bat in Alaska . The disease first appeared around 2007 in ...   Good News For Bats Article Continued 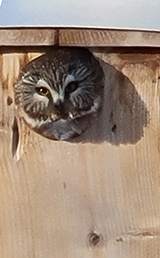 There was one small, secluded lake on our list of bird surveys sites I always looked forward to visiting last summer. It had a massive snag leaning out over the water that was riddled with small holes and cavities used by Tree Swallows and Violet-green Swallows.

Because this beautiful old dead tree was home to so many birds, if we stood still on the lake edge we’d be surrounded by lighting-quick blue and green swallows. They spun around us, every so often holding out their snowy white ...   Bird & Bat Boxes Article Continued 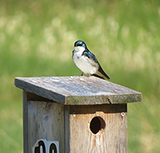 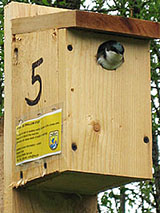 Make bird boxes out of thick cedar boards. Swallows need to be at least 5x5" or else it will be too small and babies won’t have room and can die. 5.5x5.5 is better.

Roosting boxes are good for winter so birds can hide from wind. Hole in bottom and a peg to sit on

Willows are amazing. I’m not talking about my dog Willow (who is amazing, and maybe my bias is showing, but she is). Having grown up in the UK, the willow tree I was familiar with was the white willow (salix alba) with cascading, trailing branches and leaning boughs. Imagine my surprise when I came to Alaska and discovered willows could be tall and upright. They have a magic all their own here; and now in the springtime their puffy catkins are starting to ripen.