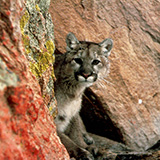 Every few years Fish and Game gets a report of a cougar sighting in Alaska. In October 2017 a woman reported seeing what she thought was a cougar in Ketchikan. Alaska is considered to be outside the range of cougars (also called mountain lions and panthers), but with cougar populations increasing in many western states and Canada, that could change.

Carnivore biologists in Oregon and Nebraska offered insights into cougars. Nebraska is midway through a five-year study of the big cats to ...   Cougars in Alaska Article Continued 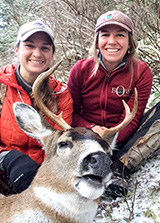 Snow blanketed the mountainous landscape of Southeast Alaska that December. Bare spots existed, but only where the shore met the sea, where the high tides had washed the beaches black and clean. On my five-foot two-inch frame, the snow in the meadows reached my thighs. Deeper in the forest, under the canopy of old growth spruce and hemlock, the drifts brushed my boot tops.

It was there I found the deer.

I stalked the multiple sets of fresh tracks in the snow, glancing down, then up, ...   Winter harvest Article Continued 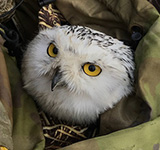 A duck hunter on the Mendenhall Wetlands in Juneau found an unexpected bird in late October, a snowy owl. These Arctic raptors are rare in the Juneau area, which is well outside their normal range.

Don Martin was crossing the wetlands in the foggy pre-dawn light when he noticed a white thing in the grass. “At first I thought it was a snow goose, or a seagull or something, but when we got closer it was obvious what it was,” he said. Martin, who works with the Forest Service, ...   Snowy Owl Article Continued