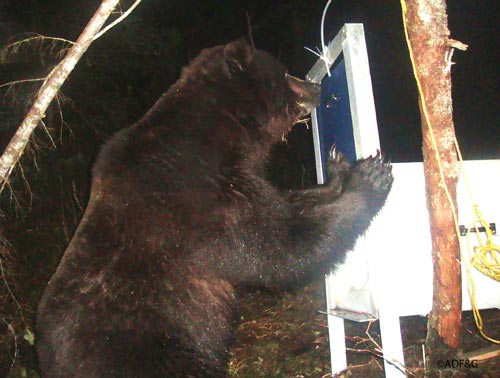 A wolverine live trap draws the intended animal at 6 a.m., but the wolverine does not enter the trap. That night about 9 p.m. a brown bear comes to investigate.