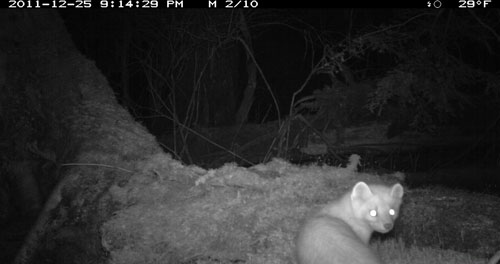 Kameron Perensovich has been involved in biology projects since he was a high school student in Sitka. He’s pursuing a degree and a career in the field. He shared these pictures of a marten, taken on Baranof Island near Sitka.