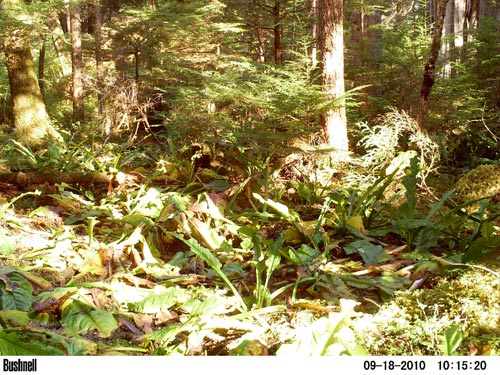 The final image taken Sept. 18, just a week before the autumn equinox and the first day of fall, shows an early fall scene in Southeast Alaska, the skunk cabbage browsed to the center rib by animals and insects, beaten down but probably not yet hammered by the first frosts.

These images of Sitka black-tailed deer in a patch of skunk cabbage were taken between June 20, 2010 and September 18, 2010, on Rivellagigedo Island in southern Southeast Alaska. Thanks to Joseph Piston for contributing this series.