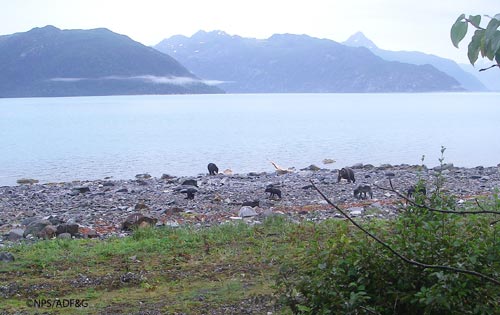 A mixed group of wolves and bears at the carcass.