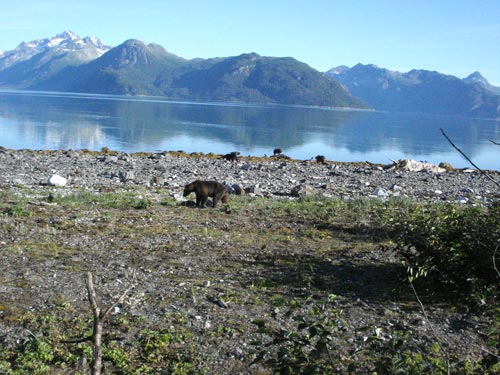 Four brown bears on the beach in mid August.