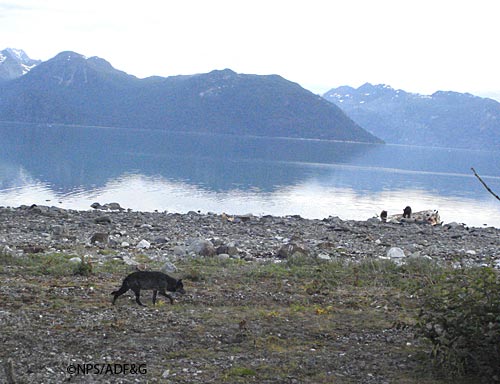 A black wolf approaches the carcass as two bears feed.