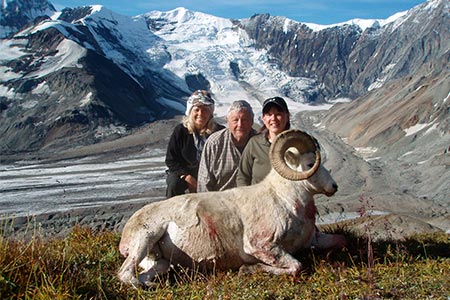 The Tok Management Area (TMA) was created in 1974 to provide Dall sheep hunters an opportunity to harvest large horned trophy rams in uncrowded hunting conditions and is currently the only Dall sheep hunting area specifically established for trophy ram management in Alaska.

TMA rams exhibit the second greatest horn length and the fourth greatest horn mass qualities of rams inhabiting seven mountain ranges in Alaska. Horn length of harvested rams typically averages 36–37 inches, and in most years seven percent or more of the harvest is rams that have horns greater than 40 inches. Harvest success typically ranges between 40 and 60 percent.

Four objectives have guided TMA management since its inception:

The primary tool the Alaska Department of Fish and Game (ADF&G) uses to achieve these objectives is to manage Dall sheep harvest by controlling hunter numbers through the drawing permit system. For TMA the drawing hunts are split into two hunt periods: DS102 from August 10 through August 25, and DS103 from August 26 through September 20. An equal number of permits are awarded for each hunt period, and the total number of permits awarded varies between 60 and 120 and is determined according to population trend and the previous two years of harvest data. In recent years, over 5,000 people applied annually for a permit, with less than two percent actually drawn, making TMA drawing permits one of the most sought after sheep permits in Alaska. 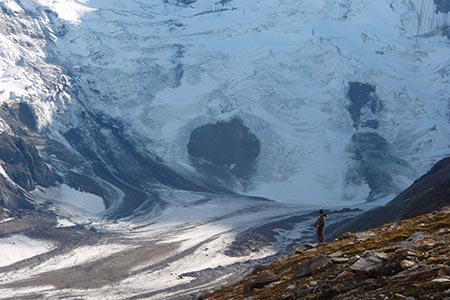 Description of the Area

TMA is composed of portions of Game Management Units 12, 20D, and 13C. See a detailed description of the area and a hunt area map.

Access into TMA is primarily by airplane or by foot, although there is also limited off-road vehicle (ORV) access. The majority of hunters access TMA by flying in, but landing sites are limited. A number of air taxi companies based in Delta Junction, Gakona/Glennallen, and Tok commonly operate in TMA. Hunters planning to walk into the area can choose from a number of drainages that are accessible from the Alaska and Glenn highways. ORV use, including all terrain vehicles and 4-wheel drive trucks, is limited due to terrain and a lack of trails. The primary access for ORVs is within the Tok River drainage. 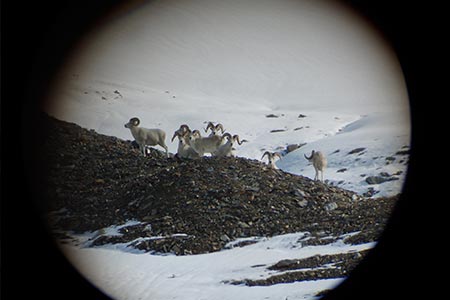 The TMA Dall sheep population was estimated at 2,000 in 1989, and although ADF&G hasn’t estimated the entire TMA sheep population since then, the department surveys a portion of TMA annually during July to estimate population trends and productivity. Since 2006 this survey area has included 990 square miles and has encompassed about two-thirds of the available sheep habitat in TMA. For current population data, see species management reports or contact the ADF&G office in Tok.

In order to have a safe and enjoyable sheep hunt, it is important to have the right equipment. Here is a brief list of recommended items to bring along on a sheep hunt. Keep in mind this list is not all inclusive, but is simply a recommendation of items you may want to bring along: