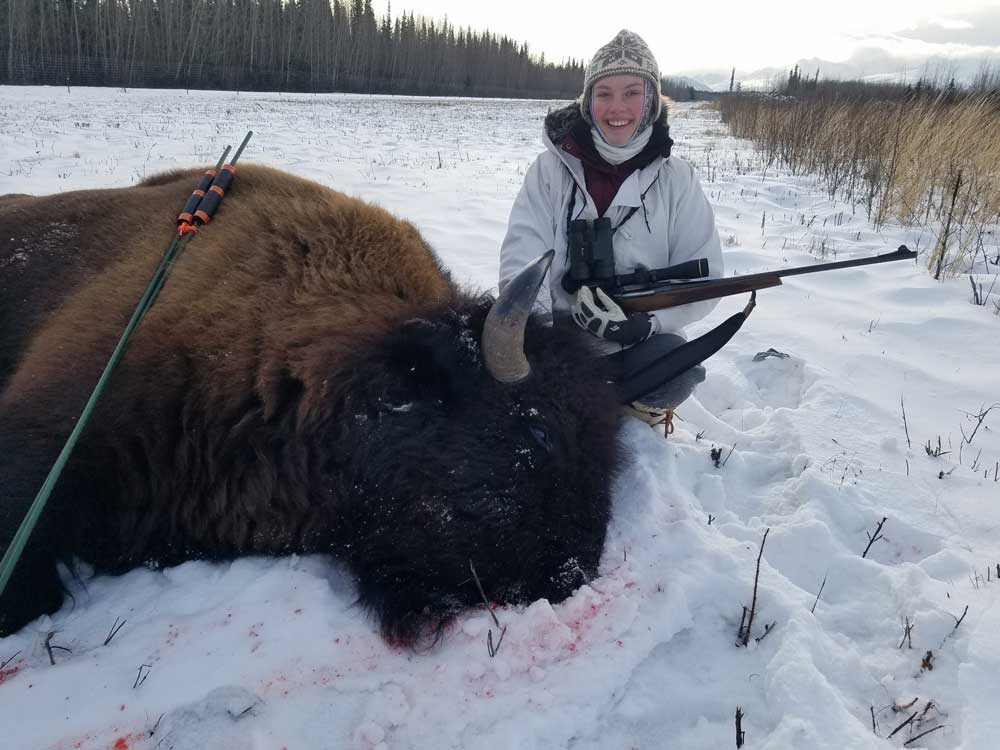 This is a rare opportunity to pursue bison in the most highly sought after drawing permit hunt in Alaska. In 1928, twenty-three Plains Bison were moved from the National Bison Range in Montana to the Delta River area in Alaska's interior and established the herd that is so popular with hunters today. This hunt takes place in the fall and winter on private and public land east of Delta Junction and generally has good vehicle access (with permission on private land).

Hunting opportunity and success on public land can be limited depending on bison location. During the hunt period, bison are often found on private land, most of which is subject to trespass fees. Success is high on private land, but it is advised to seek permission(s) well in advance of your hunt. You will need considerable knowledge of the area, plenty of time to hunt, and sufficient help to process and retrieve your bison if successful. Contact the Delta Junction Fish and Game Office for more information.