You are here: ADF&G Home » Species » Parasites and Diseases
Sign in
myADF&G

A Field Guide
TO COMMON WILDLIFE DISEASES
AND PARASITES IN ALASKA 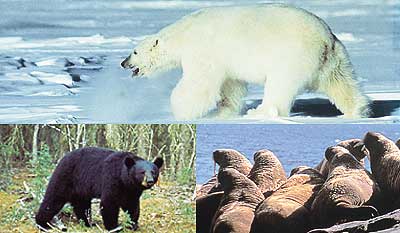 Bears and walruses are common hosts for trichinosis.