You are here: ADF&G Home » Species » Parasites and Diseases
Sign in
myADF&G

To date, CWD has NOT been detected in any Alaskan wildlife. However, Alaska currently maintains a general targeted diseae surveillance program that will test for CWD in clinical, suspect cases in moose, caribou, deer or elk. 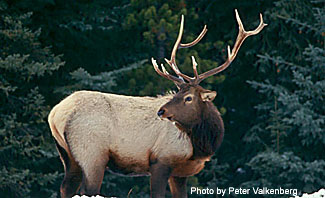 To help ensure that CWD doesn't spread to Alaska, take the following precautions when hunting Outside of Alaska: