A long, slender, yellow shape silently slices through the chilly waters of Karluk Lake on Kodiak Island. Is it a torpedo? Some type of missile? No! It is a YSI EcoMapper autonomous underwater vehicle, affectionately known as the AUV. She is a revolutionary tool for efficiently collecting geo-referenced limnology and depth data with the capability to also capture high-resolution images via side-scanning sonar. 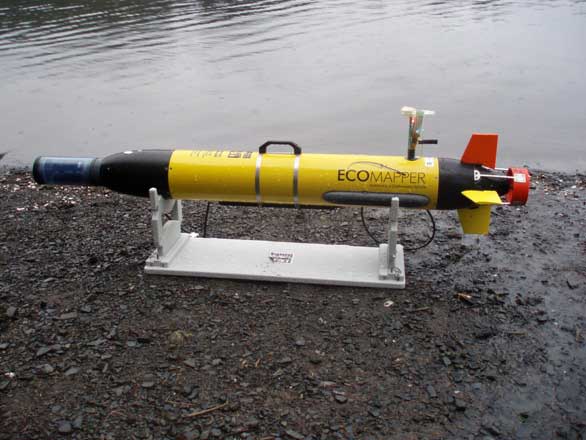 In light of recent climatic trends, limnology data have become increasingly useful for identifying potential rearing limitations, recommending escapement goal ranges, estimating stocking levels, and forecasting adult returns of Alaska Peninsula and Kodiak Island salmon stocks. The AUV, which was acquired by Westward Region Commercial Fisheries Finfish Research with Pacific Coast Salmon Recovery Funds in February 2009, will provide comprehensive, high-resolution ecological profiles of Kodiak and Alaska Peninsula lakes in an effort to modernize and streamline our sampling methods and improve our understanding of the conditions that affect salmon populations. Use of the AUV also enables us to update bathymetric maps from the 1960s and explore lake productivity models. 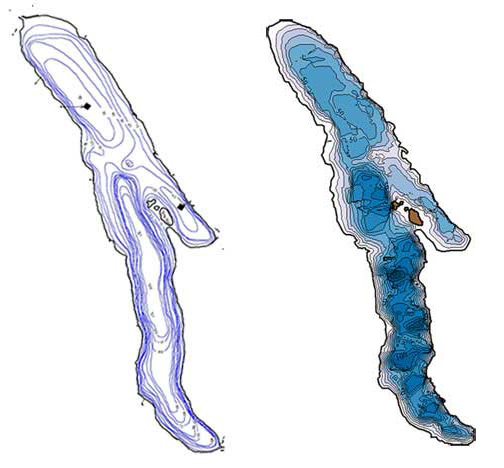 Since her commissioning in May, the AUV was deployed on roughly 31 missions in Karluk and Frazer lakes, Kodiak’s two largest lakes, during 2009. In 2010, subsequent missions have been run again in Karluk Lake and in Akalura Lake.

Weighing only 45 lbs, she is easily transported to her launch points and retrieved from her final destinations. Missions are first plotted on a geo-referenced image and then loaded onto the AUV’s onboard computer via its own wireless network. 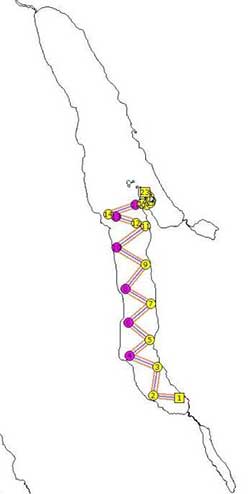 Image of Karluk Lake and a plotted diving mission, as indicated by the purple way points.

Missions can be safely run for 5 hours at a cruising speed of 2.5 knots. The antenna on top of the AUV houses a GPS unit that guides the AUV on its plotted course as long as she is not submerged underwater. On diving missions, which can reach depths as great as 200 feet, the AUV follows a compass heading to the next waypoint. Depth, temperature, dissolved oxygen, pH, chlorophyll, turbidity, and conductivity data are collected every second while the AUV sails on her mission. Various depth, gain, and frequency settings may be programmed for scanning sonar images. Upon completion of a mission, all data are easily downloaded over the same wireless network. 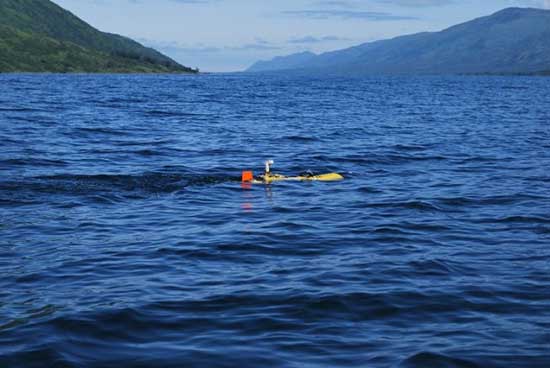 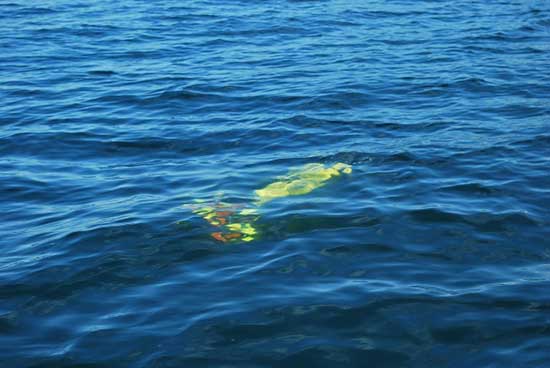 Temperature, dissolved oxygen, turbidity, chlorophyll, and pH data are still collected using traditional sampling protocols requiring cumbersome meters, Secchi discs, van Dorn bottles, and lab processing time. These sampling methods yield information from a thin two-dimensional sliver of the water column. It is well-known that the parameters that we sample are not uniformly distributed within a lake. Because the AUV can provide a three-dimensional image of the distribution of temperature, dissolved oxygen, turbidity, chlorophyll, and pH, we will have a much clearer picture of the variability within an ecosystem, and with sonar images, we can potentially determine what defines preferred rearing locations. Additionally, the free-swimming ability of the AUV allows for the rapid collection of this high-resolution data and allows us to assess the power of our historical data. 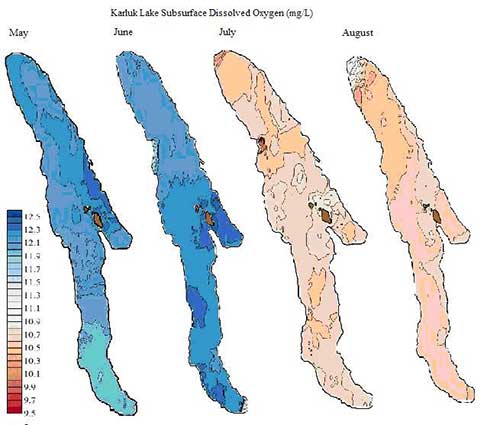 Subsurface dissolved oxygen concentration in Karluk Lake from May to August, 2009. 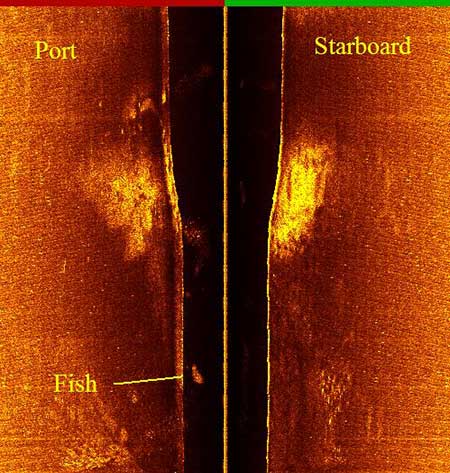 Sonar image from Karluk lake showing the scan from the port and starboard sides of the AUV. 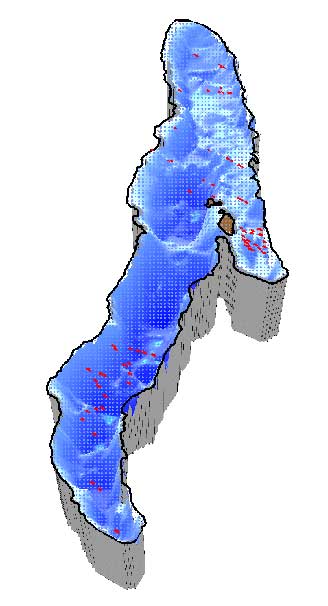 Having completed the first year of this project, we are still editing and organizing the wealth of data that we have collected. Preliminary analyses have allowed us to illustrate seasonal trends in physical conditions specific to location and depth in each lake. Additional analyses comparing AUV data to traditionally collected limnology data have begun to reveal the heterogenous nature of lake conditions.

We are excited for the opportunity to run the AUV in more Westward Region lakes over the next two field seasons. Additionally, we have been pleased to nurture cooperative relationships with the US Fish and Wildlife Service and their Youth Conservation Corps and the Kodiak Regional Aquaculture Association because of this project and look forward to future collaborative efforts.