Spiridon Lake is at an elevation of 136 m, has a mean depth of 35 m, and a maximum depth of 82 m. The Spiridon Lake outlet stream (Telrod Creek) is approximately 2 km long and empties into Telrod Cove.

Telrod Creek has three waterfalls that are impassable to anadromous fish. Two waterfalls are located approximately 0.8 km downstream of the lake outlet, and a third waterfall, located near the stream terminus, blocks salmon from migrating further upstream.

The Pillar Creek hatchery has reared sockeye salmon from a Saltery Lake broodstock for release in Spiridon Lake. 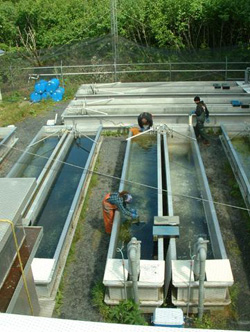 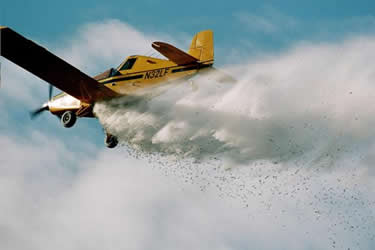 Juvenile salmon are released aerially in May or June as fry or in August as presmolt. The salmon spend one or two winters in Spiridon Lake before they leave the lake as smolt and migrate toward the ocean.

The ADF&G operates a smolt trapping system at Telrod Creek, where smolt are counted as they enter a pipeline system which safely circumnavigates the waterfalls. Samples are collected to determine age and condition of the fish. 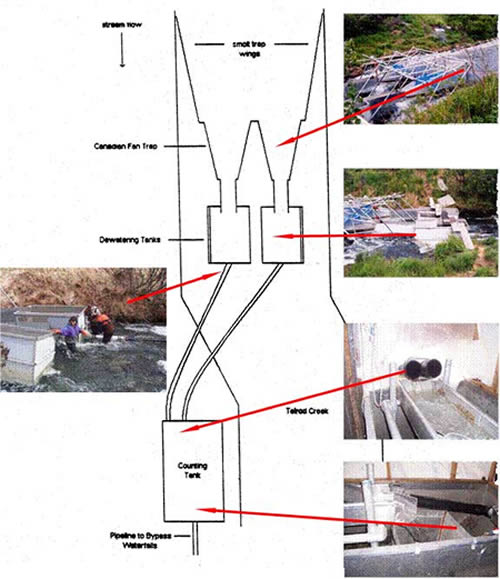 Schematic of the trapping system, and pictures of the Canadian fan traps, dewatering tanks, pipeline, the counting tank and the research team connecting the pipeline to the dewatering tank.

Stocking densities for Spiridon Lake are determined by estimating the lake's rearing capacity based on in-season zooplankton biomass from May through July. 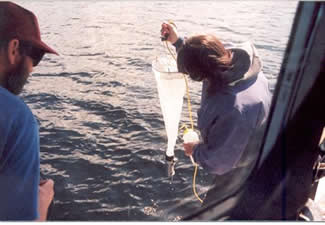 Inseason zooplankton samples are collected off the floats of a floatplane. 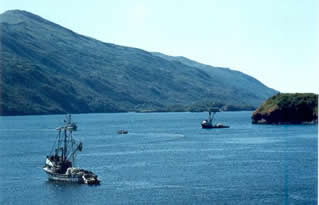 All returning salmon are harvested in the commercial fishery in the Telrod Cove terminal harvest area.

On average, about 114,000 sockeye salmon have been harvested annually in the Telrod Cove special harvest area.