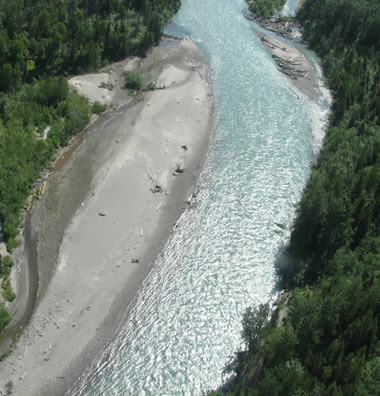 The Crescent River sonar site is at River Mile 2 and consists of two counting stations located across from one another. At each listening station a single sonar transducer is submerged near the bank and a wooden shelter houses equipment and computers to receive data from the transducers. 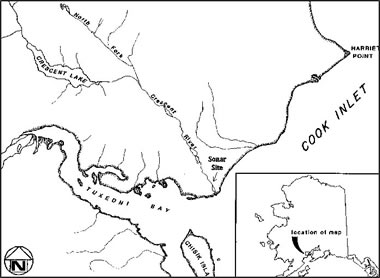 The Crescent River watershed encompasses a 115-square-mile area on the west side of Cook Inlet including part of Lake Clark National Park and Preserve. With altitudes in the river’s basin ranging from sea level to the 10,197-foot summit of Mount Redoubt volcano, the river flows over a steep gradient.

Upstream of the sonar site, the river consists of two distinct forks—the North Fork and Lake Fork (South) Crescent River. Both forks are fed by snowmelt, glacial melt and precipitation. The north fork contributes more glacial sediment to the system than the lake fork, which drains from Crescent Lake, a pale blue, six-mile long lake. Crescent Lake is about 20 miles upstream from Cook Inlet and is where most Crescent River sockeye migrate to spawn.

Typically the river varies between 180 and 200 feet at the sonar site over the course of a season. Water clarity also varies with water levels, with the clearest water levels occurring during low water. 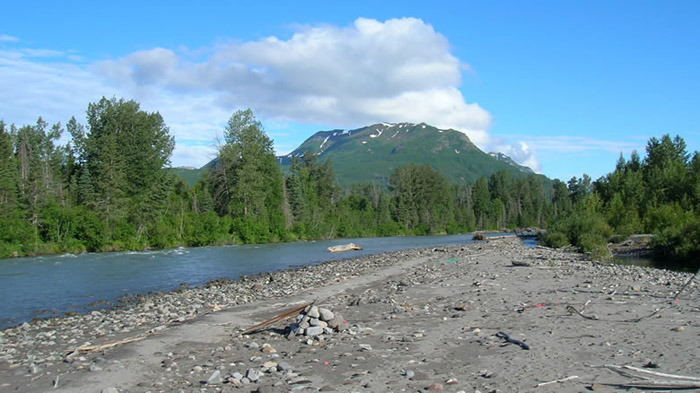