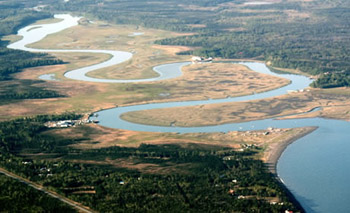 The Kasilof River sonar site is located at River Mile 7.8, just above the Sterling Highway bridge in Kasilof and adjacent to the Kasilof River State Recreational Area. The sonar site consists of two counting stations located across from one another on the banks of the river. A single sonar transducer is submerged near the bank at each listening station. At each listening station, there is also a shelter to house electronic equipment and computers that receive data from the sonar transducers. 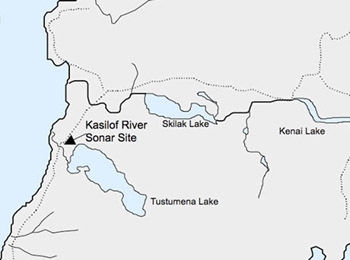 The headwaters of the Kasilof River flow from a large glacial lake known as Tustumena Lake. From Tustumena Lake the river flows approximately 20 miles before it drains into Upper Cook Inlet. The Kasilof River drainage area is the second largest in the Kenai National Wildlife Refuge, receiving water from an 830-square-mile area. Tustumena Lake—the largest on the Kenai Peninsula—has a surface area of 115 square miles and a maximum depth of 942 feet, deep enough to submerge a 50-story building. The lake is also turbid with glacial silt due to melt water from Tustumena Glacier, an extension of the Harding Ice Field. 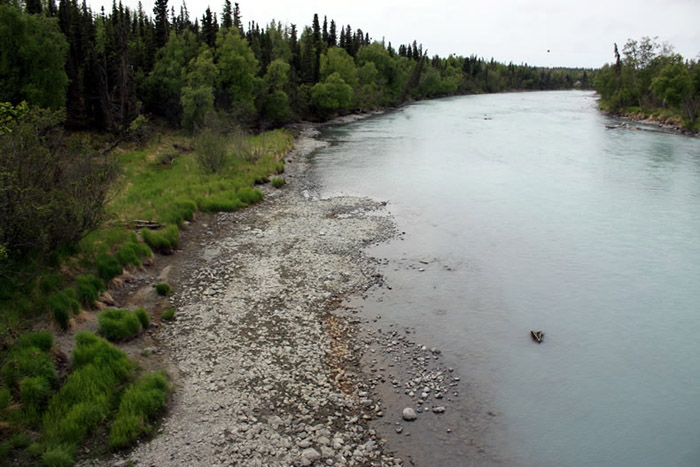