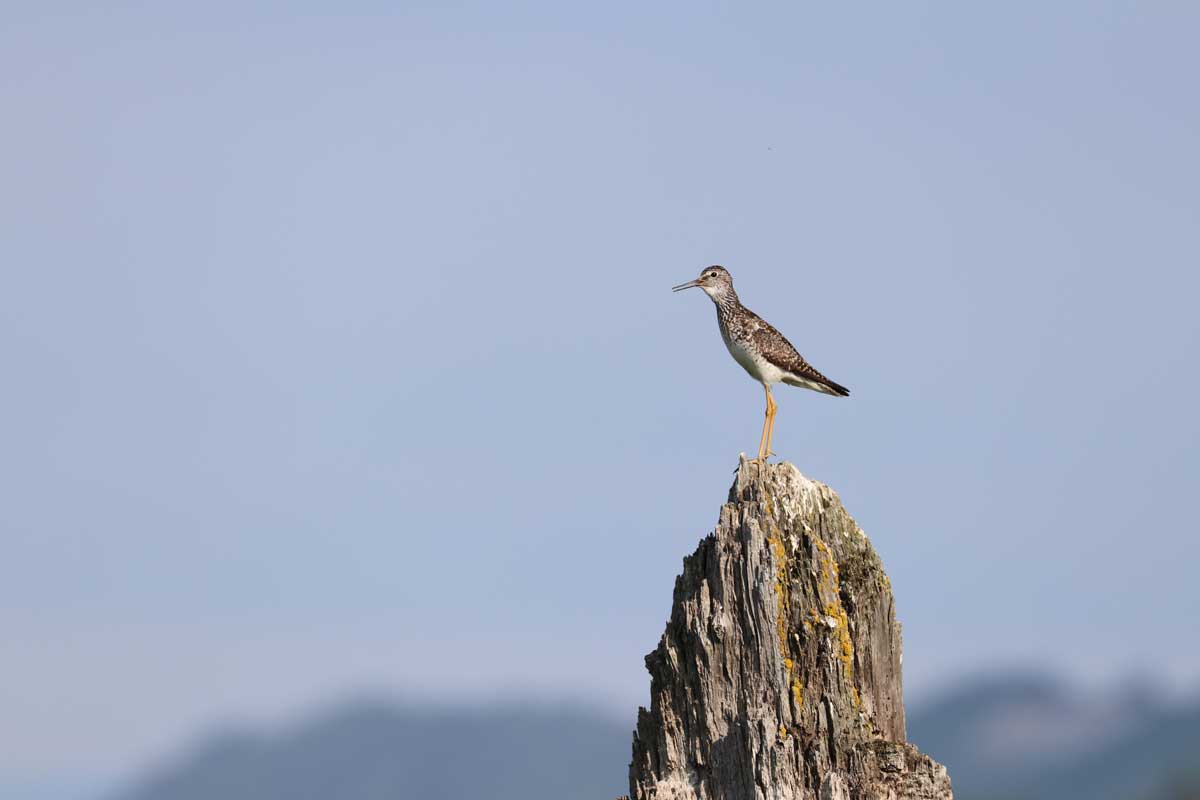 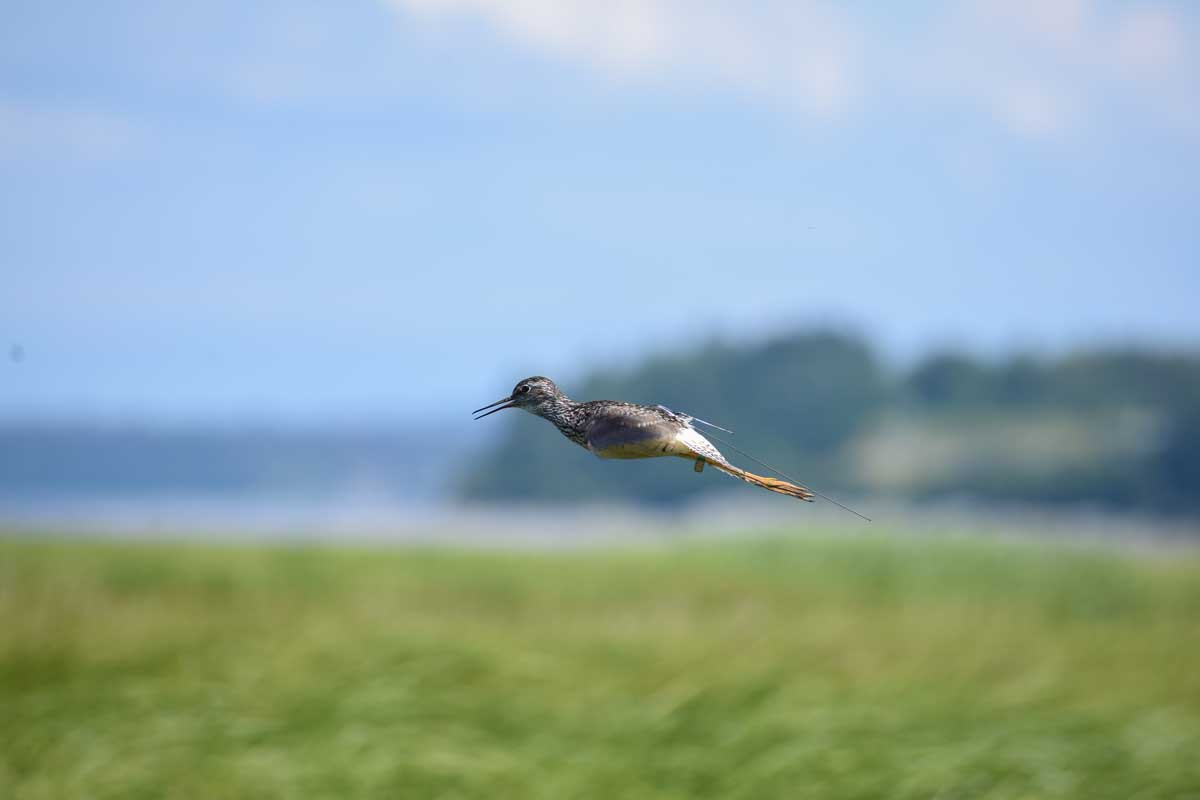 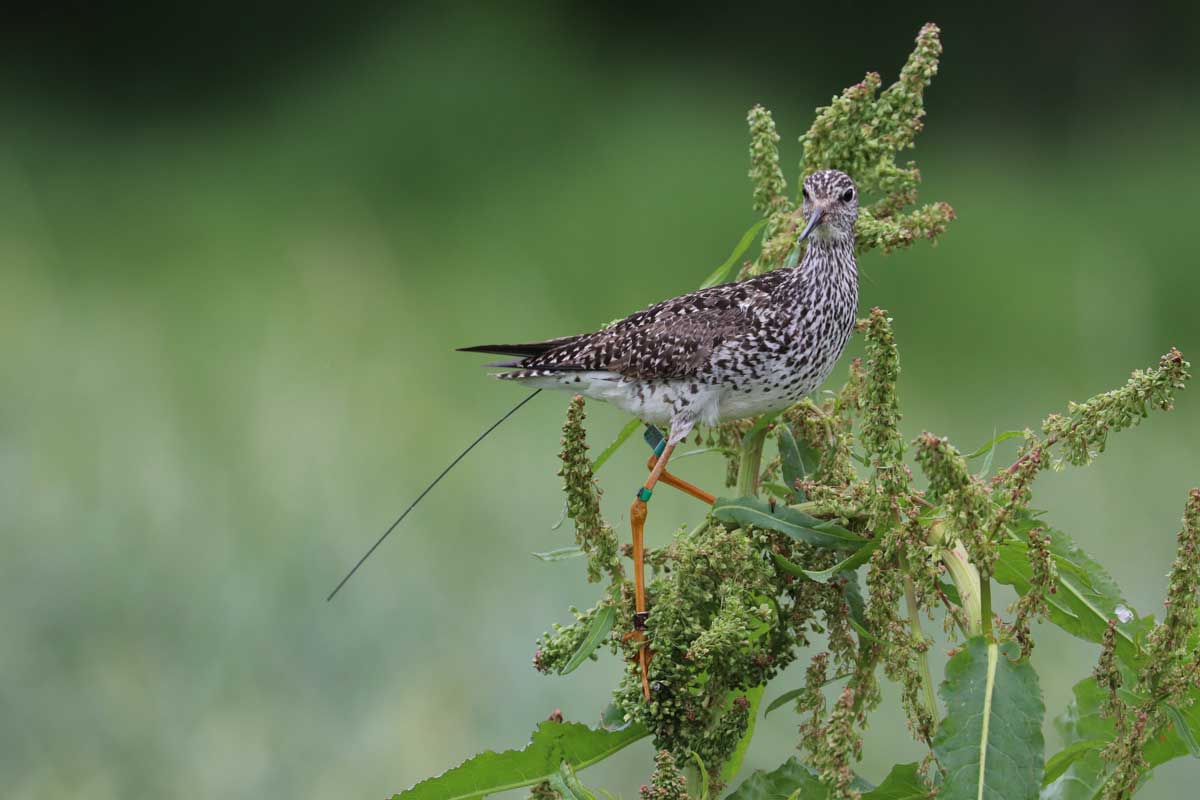 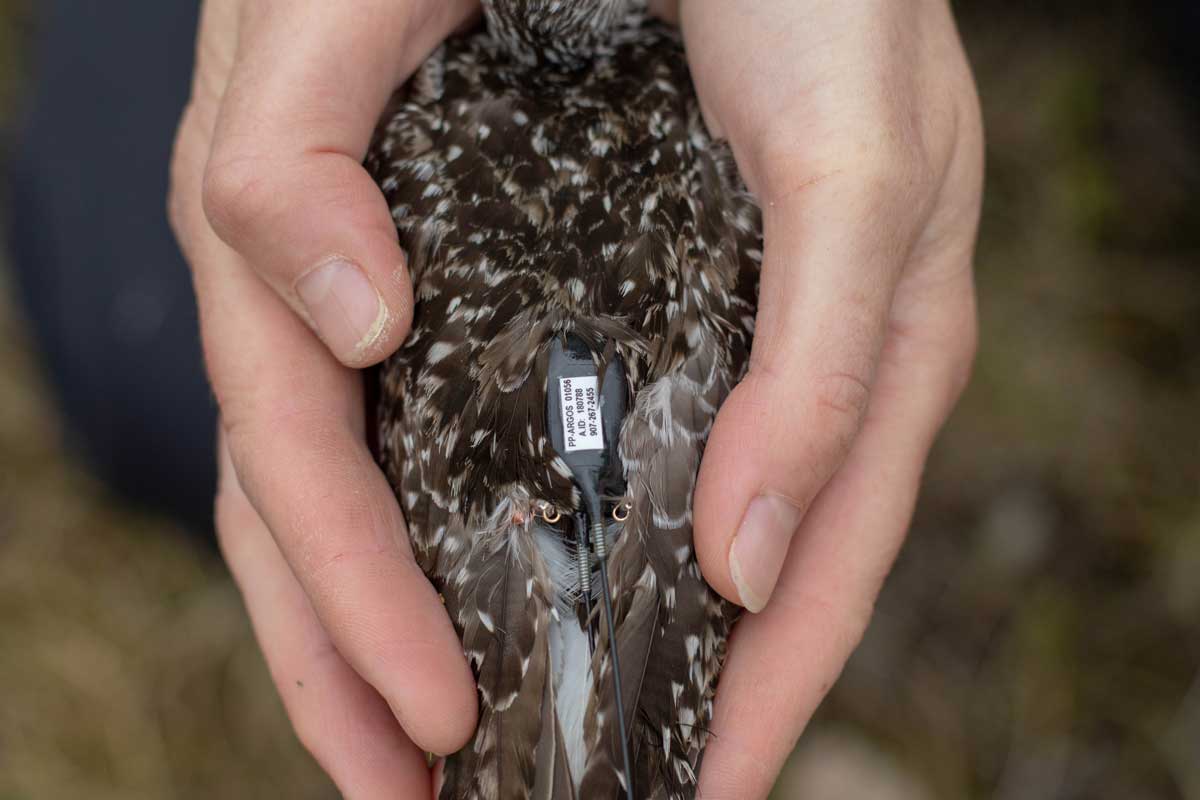 The Lesser Yellowlegs is a shorebird that breeds in boreal wetlands across North America and is a species of conservation concern in Alaska due in large part to declining abundance. Although widespread, this species has declined by 70-80% over the past 5 decades, and the cause of declines is currently unknown. Hunting on the fall staging and wintering grounds in Central and South America is thought to be an important threat to the species, which is likely the most widely hunted shorebird throughout the Atlantic Flyway. Other threats include shoreline hardening, pesticides, habitat loss due to agriculture, and climate change. To better understand the biology of this species and potentially mitigate threats, the Alaska Department of Fish and Game, along with partners with the U.S. Fish and Wildlife Service, the University of Alaska Anchorage, and the U.S. Department of the Air Force have initiated a study that seeks to understand its migration, genetics, and demography. Collaborators at Environment and Climate Change Canada and Trent University helped expand the scope of this project to include sites in northern Canada.

During the 2018 and 2019 field seasons, 85 Pinpoint GPS-Argos satellite tags were deployed on adults from Anchorage, Kanuti National Wildlife Refuge, Yellowknife, Churchill, James Bay, and Mingan, Quebec. Transmitter data revealed that these birds, weighing as much as a deck of cards, are capable of flying from Alaska to Argentina. Many birds from disparate breeding regions stopped to refuel in the prairie pothole region prior to migrating to wetlands and agricultural areas across South America. Birds over-wintered in Mexico, Bolivia, Venezuela, Suriname, Cuba, Haiti, Ecuador, Colombia, Argentina, and Brazil. Click on this link to see an animated video of their impressive migration made by Laura McDuffie. Funding for this study comes from the U.S. Fish and Wildlife Service (WSFR - SWG Grants T-32-1, T-33-2020), the Alaska Department of Fish and Game, Bird Studies Canada, Environment and Climate Change Canada, the Smithsonian Institution, and the 673 CES/CEIS, U.S. Department of the Air Force (project numbers FXSB46058118 and FXSB46058119). Click on the link below to learn more about the biology and identification of Lesser Yellowlegs: www.allaboutbirds.org/guide/Lesser_Yellowlegs/id 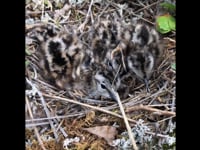 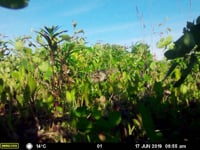 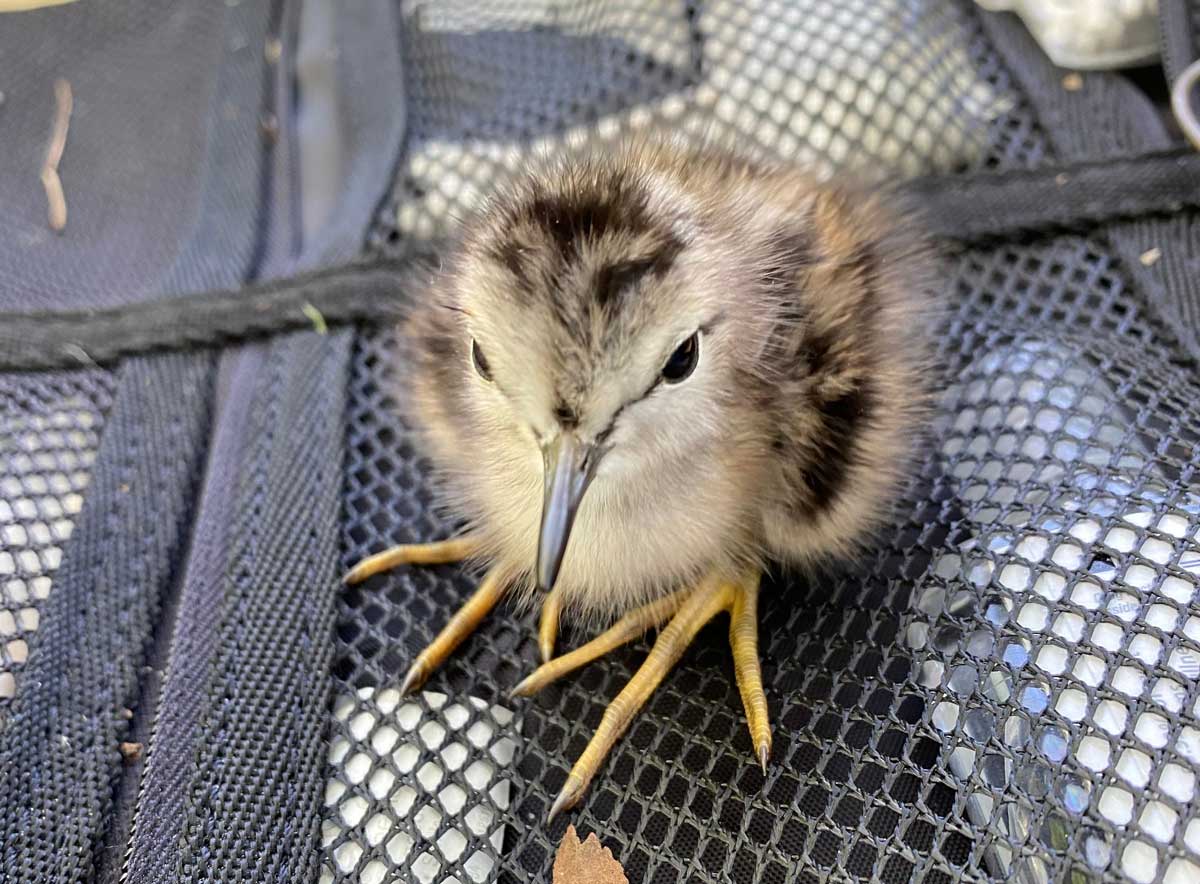 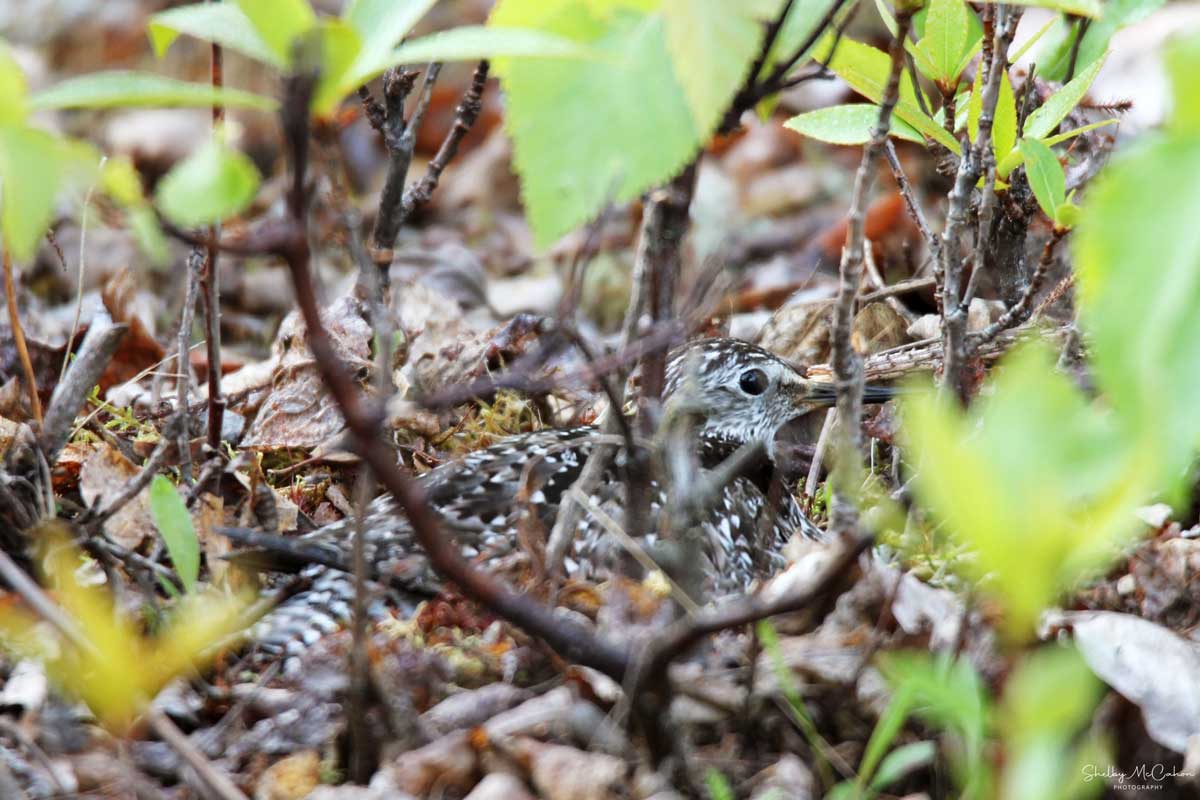