Thousands of years ago the Dena’ina Athabascans discovered a wilderness buffet: a network of lakes and rivers where they could catch moose and fish, trap beavers and ptarmigan, and seek out swan eggs. The central Kenai Peninsula continues to draw wildlife and people, both year-round residents and seasonal visitors. Fishermen and birders flock to the estuaries where thousands of birds and salmon converge, just as they did when the Dena’ina first settled near the banks.

The drive along the Sterling Highway is still rich with wildlife and culture. It continues through the city of Kenai, the largest population center on the peninsula and down the coast to the Alaska NativeVillage of Ninilchik. For up-to-date birding information call the Central Peninsula’s Birding Hotline at 907-262-2300. 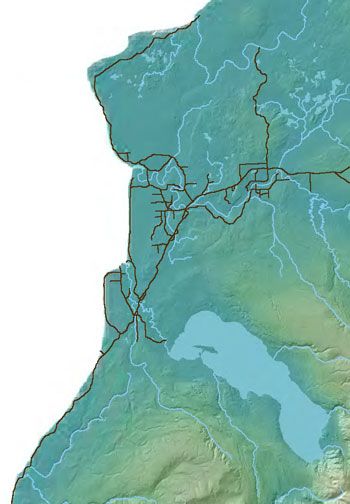