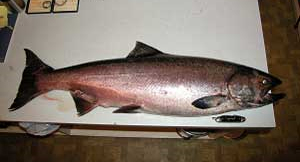 Chinook salmon have been stocked in Prince William Sound since 1981 at various locations. The Alaska Department of Fish and Game (ADF&G) started conducting stocking programs in the 1980s, as did Prince William Sound Aquaculture Corporation (PWSAC) in the 1990s. Since 1999, ADF&G has released Chinook salmon smolt in Cordova, Valdez, and Whittier. Anywhere from 43,000 â€“ 150,000 fish have been released on a given year. Releases in Cordova have occurred near annually and releases in Valdez were discontinued in 2013 until a better imprint site could be identified. In Whittier, the Chinook stocking program was terminated from 2005 - 2010 but resumed in 2011 with the assistance of local residents that monitor the fish while they imprint to the stocking location off the mouth of Cove Creek. The objectives of the current releases in Cordova and Whittier are to create 500 angler days of fishing effort with a return of 200 adult Chinook salmon at each release site. 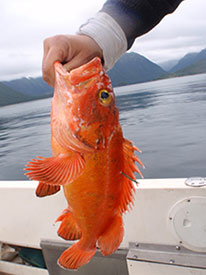 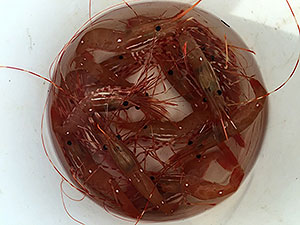