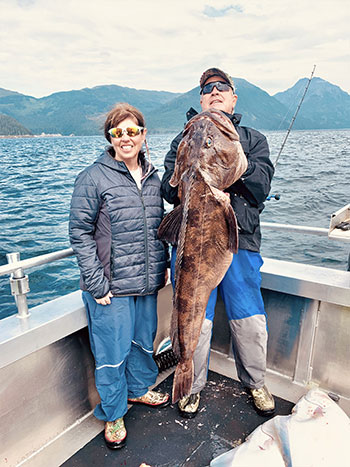 Anglers have been participating since the 1960s in the ADF&G Trophy Fish Program, which gives special recognition to anglers taking fish that meet minimum weight (trophy certificates) or length standards (catch-and-release certificates) within a species. Trophy fish for both certificates must be legally caught from waters open to the public, in compliance with current ADF&G sport fishing regulations.

There is a Youth Category for the Trophy Fish Program, open to anglers 15 years of age or younger.

Minimum weights for trophy fish certificates are listed on the table below. Entries must be weighed in the presence of at least one witness or a Trophy Fish Official, on a scale currently certified by the Division of Weights and Measures.
Trophy Fish Affidavit