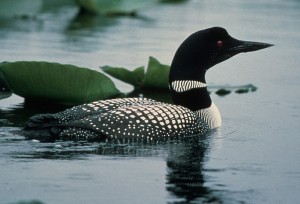 Alaska is home to all five of the world's loon species, however, only three species are commonly found in Southcentral and Interior Alaska: The Common Loon, the Pacific Loon, and the Red-Throated Loon. Of these three, you are most likely to see Common and Pacific Loons. The remaining two loon species, Yellow-billed and Arctic Loons, breed primarily in Arctic coastal areas.

There are two grebe species that typically reside in Southcentral and Interior Alaska: the Red-Necked Grebe, and the Horned Grebe. The Western Grebe and the Pied-Billed Grebe are rarely found in Alaska.

Both Loons and Grebes are migratory bird species, spending their summers in clear, freshwater lakes and their winters in coastal marine waters. 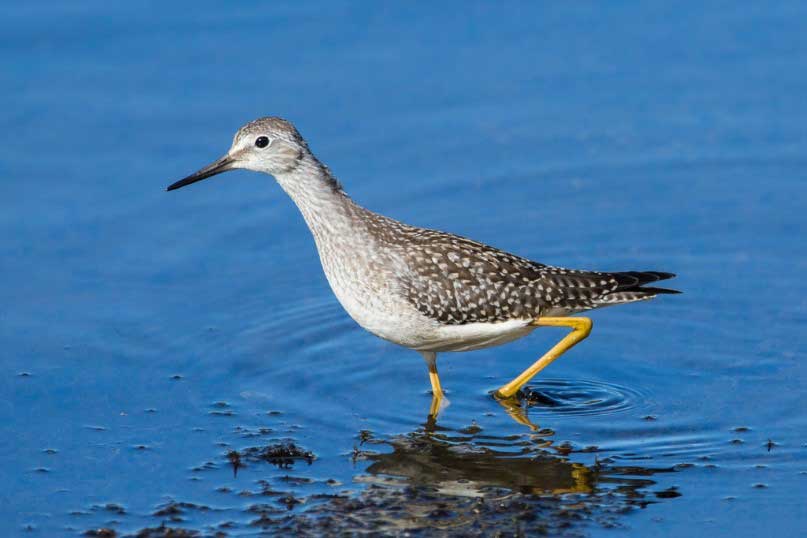 The Lesser and Greater Yellowlegs are two highly vocal shorebird species that migrate to Alaska for the summer breeding season. Lesser Yellowlegs nest in a variety of habitats across Interior and Southern Alaska, from intact wetlands to more disturbed areas, and generally arrive in May. Greater Yellowlegs have a slightly smaller range across Alaska, mostly occupying the southern region of the state.

Solitary Sandpipers look similar to Lesser Yellowlegs, but their legs are olive colored rather than bright yellow. This species breeds in boreal wetlands and their range encompasses most of Interior and Southcentral Alaska with migratory paths along the Southeast coast of Alaska.

These three shorebird species are long-distance migrants and spend their winters in central and South America. 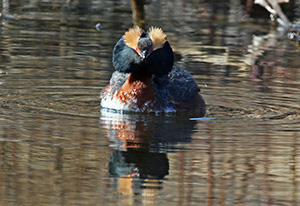 While Alaska is host to a wide variety of passerine species, those monitored by the Birds n' Bogs program include Rusty Blackbirds, Olive-Sided Flycatchers, Tree Swallows, and Violet-Green Swallows.