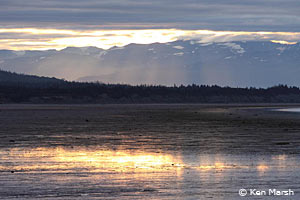 The Kachemak Bay and Fox River Flats Critical Habitat Areas (CHAs) were established in 1974 (AS 16.20.590) and 1972 (AS 16.20.580) respectively, by the Alaska Legislature in order to protect the area's fish and wildlife populations and their habitats. The Kachemak Bay CHA encompasses most of tidelands, submerged lands (lands below mean high water), and waters in Kachemak Bay east of a line drawn from Anchor Point to Point Pogibshi, but excludes tidelands in an area adjacent to the Homer Harbor. The Fox River Flats CHA includes both uplands and tidelands in the estuarine area of the Bradley and Fox Rivers, at the head of Kachemak Bay. Together, these two CHAs protect important habitat for shellfish, fish, marine mammals, and tens of thousands of shorebirds, sea birds, and waterfowl. The CHAs are co-managed by the Alaska Department of Fish and Game (ADF&G) and Alaska Department of Natural Resources (DNR) under their respective authorities.

The two CHAs are managed according to the Kachemak Bay and Fox River Flats Critical Habitat Areas Management Plan, which was adopted in 1993. The Goals and Policies of the plan provide long-term guidance to the Habitat Section's special area permitting decisions within the CHAs (5 AAC 95) and ADF&G's other management decisions. The plan's Resource Inventory serves as a reference for the area's abundant resources and diverse uses. The plan does not set harvest regulations for fish or wildlife populations, which fall under the authority of the Boards of Fish and Game, respectively. Instead, the management plan focuses on activities and uses of the CHAs that impact fish and wildlife habitat. 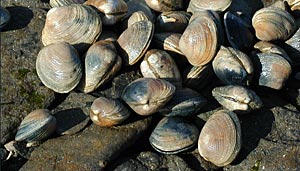 Public scoping was completed in November 2016. The multi-agency planning team will conduct a series of meetings to update the plan to reflect the needs of the CHAs' habitat as well as its users. The results of the planning team's efforts will be released as a public review draft, and further input from the public will be taken into account in developing the final draft of the plan. Once the revised Kachemak Bay and Fox River Flats Critical Habitat Areas Management Plan has been approved by the Alaska Department of Law, ADNR, and ADF&G, its goals and policies are adopted into regulation by reference (5 AAC 95), and will guide future activities and uses on the CHAs.

Planning Team meetings for the Kachemak Bay and Fox River Flats Critical Habitat Areas Management Plan Revision began in October 2017 and will continue to be held monthly, depending on staff availability.

All future notices for Planning Team meetings with agendas, times, and locations will be posted through the state’s online public notice system at: https://aws.state.ak.us/OnlinePublicNotices/

Notices for planning team meetings on this website will be categorized “Agency Meetings” under the department heading “Fish and Game.” This website provides multiple options for searching notices or you can create a “Subscription” notification specific to this planning process.

These meetings are agency staff working meetings. These meetings will be open for members of the public to observe for the purpose of maintaining transparency in the plan revision process. However, there will not be opportunities for the public to participate in the discussion. A public review draft of the revised plan will be available for comment at the end of the revision process. Please contact 267-2122 or tammy.massie@alaska.gov prior to the day of the meeting with any questions.

The results are separated into two documents; one for the comment form responses and a separate document for other responses. Some minor editing was done for brevity and to faciliate sorting and searching. Thank you for your input.

The completed comment forms were compiled by commenter and reference which question on the form the comment is associated with.

A blank copy of the public scoping form that was distributed online and by hard copy is here for reference.

The second document contains comments received in other formats, such as emails, letters, or phone calls.